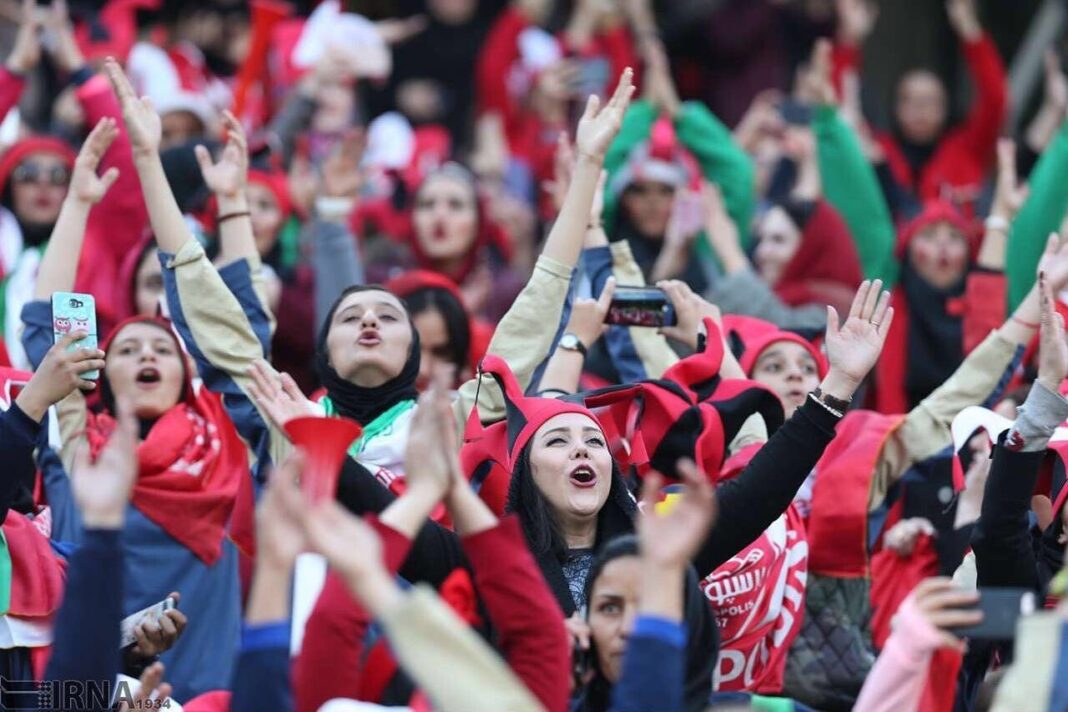 Iran’s national football team pulled off a landslide victory over Cambodia, scoring seven in either half to send them well clear at the top of Group C, in a day when Iranian women were allowed to freely attend the stadium for the first time in 40 years.

The easy match was particularly important as over 3,500 women had been allowed for the first time in four decades to freely but tickets and attend a football match.

When the ticket sales started last Thursday, women were quick to get their hands on tickets to attend the match at Tehran’s 78,000-capacity Azadi Stadium.

The first batch sold out in less than an hour, and additional seats were also snapped up in short order, finally capped at some 3,500, despite the fact that over 70,000 more seats remained available.

However, women still call it a victory and a good starting point, as the viral videos of the match showed dozens of thrilled girls bursting into tears for making history.

The bumpy road Iranian women have travelled to gain such access to stadiums has not been without tragedy.

Sahar Khodayari died last month after setting herself ablaze outside a court in fear of being jailed for trying to attend a match.

Dubbed “Blue Girl” because of the colours of the club she supported — Esteghlal FC — she had reportedly been detained last year when trying to enter a stadium dressed as a boy. The Iranian Judiciary denied that she had been told she would be jailed.

Her death sparked an outcry, and intensified pressures – particularly by the international football federation FIFA – on the government to let women go to stadiums.

The ban on women in stadiums is not written into law or regulations, but it has been strictly enforced.

Since the 1979 Islamic revolution, women have only rarely had access to stadiums in Iran.

For now, the ban is lifted for international matches, but is still in place for club matches. Government officials have vowed to gradually lift the ban on club matches as well.