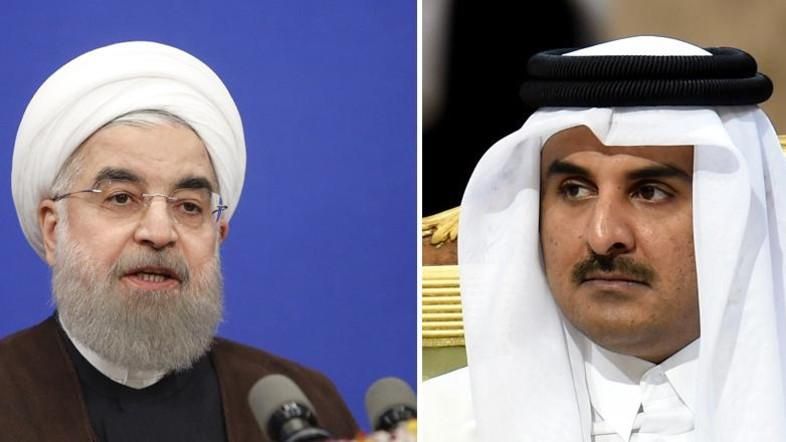 Iranian President Hassan Rouhani says Tehran is pursuing the rule of moderation and rationality in international relations and urges other states to do the same.

Rouhani made the remarks in a Monday telephone conversation with Emir of Qatar Sheikh Tamim bin Hamad Al Thani.

Rouhani also warned of the possibility of adverse effects of US policies on the regional countries.

Pointing out that the ultimate goal of the United States’ restricting of Iran’s oil exports is to create instability in the region, the president expressed hope that with the political cooperation of friends in the region, stability and security would be sustained in the sensitive Persian Gulf region.

Rouhani further noted that Tehran is interested in expanding ties with all countries in the region, including Qatar, adding that “there is no obstacle to developing bilateral ties in the political and economic spheres.”

Elsewhere in his remarks, Rouhani called the situation in Gaza extremely worrisome, saying that it is necessary for Muslim countries to prevent the killing of innocent Palestinians through unity and putting pressure on the Israeli regime.

He also congratulated Emir of Qatar on the arrival of the holy month of Ramadan.

For his part, Sheikh Tamim said “We have repeatedly told Americans and our friends that these differences must be resolved through dialogue, and Qatar strongly rejects any action that leads to insecurity in the region.”

The Qatari Emir also offered congratulations over the onset of holy month of Ramadan adding that the Qatari government and nation are grateful to Iran and its positions, and will never forget Tehran’s benevolence during hard times.