Iran Blasts US for “Fabricated Show” on Yemeni Missile 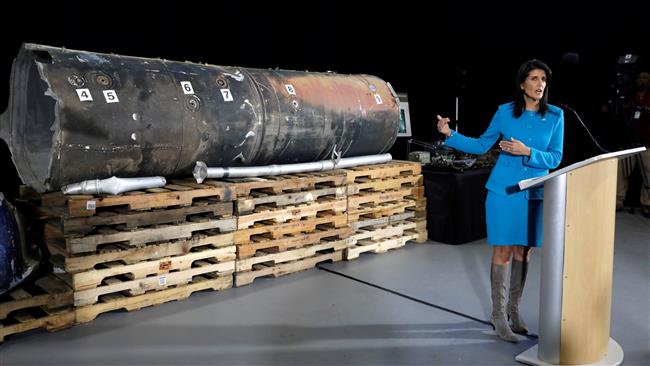 Hamid Aboutalebi, an advisor to the Iranian president, has lashed out at the US ambassador’s displaying of a missile debris at the UN, saying that such moves are “fabricated shows”.

In a Thursday tweet, Aboutablebi said these are fabricated shows to say that the international peace and security is at stake.

Publishing the photos of Netanyahu’s bomb diagram at the United Nations in 2012 next to Nikki Haley’s Thursday standing before debris of a missile, the Iranian official said both of these moves were to influence diplomacy by provoking public opinion. 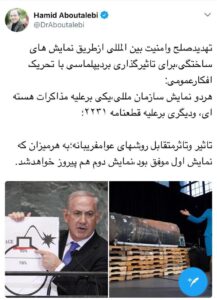 “Both were shows at the UN; one against the nuclear deal and the other against UNSC Resolution 2231,” reads the tweet.

Calling both moves demagogic, Aboutalebi has ironically asserted that “as much as the first was successful, the second would also be successful.”

Iranian Foreign Minister Mohammad Javad Zarif also reacted to the move in a tweet that said, “When I was based at the UN, I saw this show and what it begat…”.

US Ambassador to the United Nations Nikki Haley showed a missile wreckage during her Thursday speech claiming that the missile is of Iranian origin taken from Saudi Arabia. She presented that as “indisputable” evidence of Iran’s UN resolution-violating actions in the Middle East.