Iran Blasts US Diplomat’s Efforts to Scare Off UK Firms 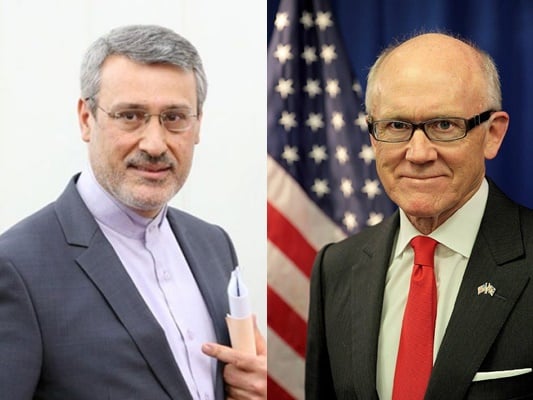 Iran’s ambassador to the United Kingdom has, in a tweet, taken a jab at his American counterpart for his efforts to dissuade British companies from doing business with Tehran.

As tweeted by Hamid Baeidijenad, Woody Johnson had already warned British companies over any violations of US sanctions, and while reiterating Washington’s stances said UK firms had to choose between working with Iran and working with the United States.

In his tweet, the Iranian diplomat described Johnson as “Mr. Trump’s ambassador to London,” saying, “This language of threat and force is blatant hypocrisy, especially when it comes from a businessman whose grandfather’s Johnson & Johnson (company) had been active in Iran for years, even when Iran was under sanctions.”

.@USAmbUK: It is not companies that must choose between the US and Iran; it is that the US can either abandon the JCPOA and violate international law–continuing to lose credibility–or return to the accord and uphold an international agreement, which itself has signed. pic.twitter.com/3gIfNeu38A

Baeidinejad said the United States is on the horns of a dilemma.

Johnson had said in a tweet on October 22 that, “Companies have a choice: Do business with #Iran or with the US – you can’t do both. Sanctions come into effect Nov 4.”

Companies have a choice: Do business with #Iran or with the U.S. – you can’t do both. Sanctions come into effect Nov 4: https://t.co/jDnvxaNJIR

Back in August, Johnson wrote an article in the Sunday Telegraph, where he called on the UK to side with Trump on Iran or risk “serious trade consequences” for UK businesses.

Woody Johnson is a great-grandson of Robert Wood Johnson I, the co-founder of Johnson & Johnson.