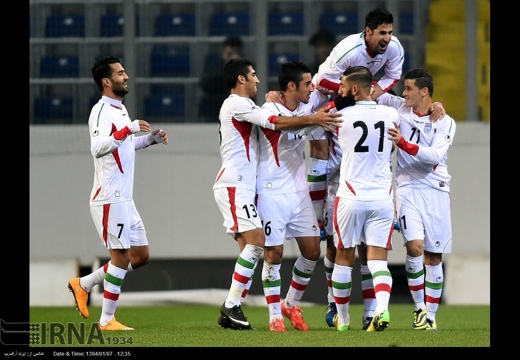 Iran defeat Chile 2-0 in a friendly game as they prepare for the 2018 FIFA World Cup qualifications.

Chile slumped to a 2-0 defeat against Iran Thursday in a friendly game as the Iranian squad is preparing for 2018 FIFA World Cup qualifications.

Iran and Chile lined up against each other at Vienna’s NV Arena stadium. The two teams observed a minute’s silence in memory of two Iranian journalists: Milad Hojjatoleslami and Hossein Javadi, who were killed in a deadly plane crash in southern France earlier in the week.

Captain Javad Nekounam scored Iran’s first goal in the 21st minute. Vahid Amiri made it 2-0 for the Iranian side after the interval.

The game was of special importance to the Iranian squad as Iran’s Portuguese coach Carlos Queiroz has said he will quit his post after this game and another friendly against Sweden.

After the friendly, Carlos Queiroz told a press conference that the souls of the two Iranian sport reporters Milad and Hossein were in the stadium, though not physically, to cheer their national team.

Iran are to leave Austria for Stockholm to play another friendly against Sweden on March 31.