Iran Bans Any Gathering in Front of British Embassy 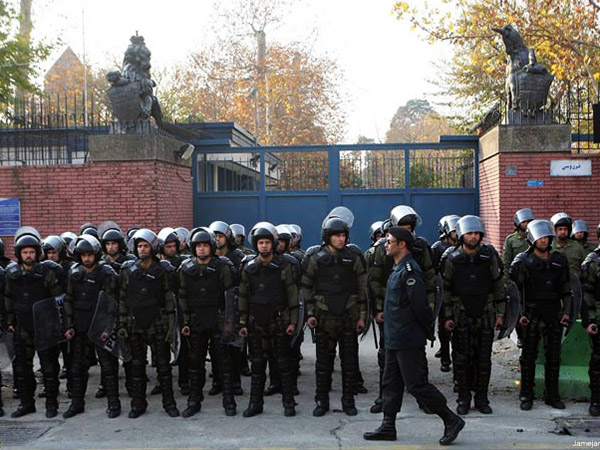 An Iranian official says no permission has been issued for any protest gathering in front of British embassy in Tehran, and security forces will prevent people from holding any rallies.

According to a Farsi report by IRNA, an anonymous group recently posted invitations in social media, asking people to attend a protest gathering in front on British embassy in Tehran on Monday.

However, Ali-Asghar Nasserbakht, the deputy governor of Tehran, announced that no licence has been issued for holding any gathering in front of foreign embassies, including the British embassy, in Tehran.

“No request for holding any gathering in front of British embassy has been submitted to the governor’s office yet,” he noted.

Therefore, he added, holding any gathering in front of embassies, including that of Britain, is a violation of law, and protesters will be prosecuted.

“Security bodies, including the Law Enforcement, will legally prevent any illegal gathering in front of embassies,” Nasserbakht went on to say.

“In recent days, the Britons have labeled – in the most shameful manner – the oppressed and dear Iran as a threat to the region but everybody knows that contrary to such allegations, this is the British (officials) who have been always the source and root cause of threat, corruption, danger and misery,” the Leader noted on Saturday.

The Leader made the remarks after British Foreign Secretary Boris Johnson on Thursday summoned the Iranian and Russian ambassadors to convey his ‘profound concern’ over Tehran and Moscow’s roles in the ‘suffering’ of Aleppo’s residents.