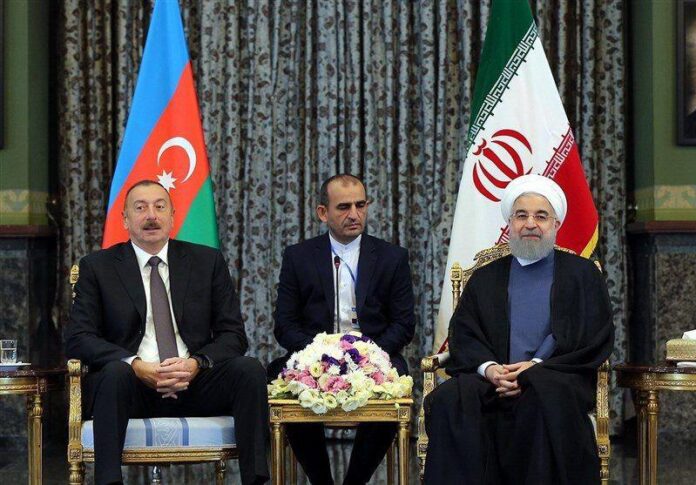 Iranian President Hassan Rouhani has held talks with his Azerbaijani counterpart Ilham Aliyev in Tehran on bilateral as well as regional issues.

During the Wednesday meeting, Rouhani referred to the frequent visits of Iranian and Azerbaijani delegations saying the visits show the two sides are determined to expand their bilateral ties in various fields.

“We have had good economic relations but we need to take advantage of the available capacities to increase our trade volumes,” he noted.

He expressed his country’s readiness to boost relations with Azerbaijan in the fields of industry, agriculture, energy and so on.

Elsewhere in his statements, Rouhani pointed to the bilateral relations in the Caspian Sea’s oil fields as well as banking exchanges and said heads of the relevant joint commissions in the mentioned fields should make their utmost efforts to achieve the set goals.

He also referred to the crisis in Syria and Yemen and said Iran and Azerbaijan should step up their diplomatic efforts to restore stability to these war-torn countries.

Rouhani also referred to the plight of Rohingya Muslims in Myanmar and said this is upon all Muslims across the world to extend their support for the oppressed Muslims there.

For his part, the Azerbaijani president thanked the Iranians for their warm hospitality and said his visit reveals that cooperation between the two sides is making progress.

“The development of trilateral relations between Iran, Azerbaijan, and Russia is in the interest of the region and contributes to the cooperation between the regional states in the transportation and progress of South-North Corridor project,” he said.

He also said bilateral deals have been made to go ahead with the project of Rasht-Astara railway adding the two sides’ cooperation in this field can lead to regional and international cooperation.

Aliyev arrived in Tehran earlier on Wednesday to take part in a trilateral summit with Iranian and Russian presidents. The three leaders are set to sit down for talks on various issues. The meeting is expected to mainly revolve around cooperation on transit and energy as well as the conflict in Syria. Putin and Aliyev are also scheduled to meet the Leader of Iran’s Islamic Revolution. This is the second such summit. The first one took place in Azerbaijan’s capital Baku last year.