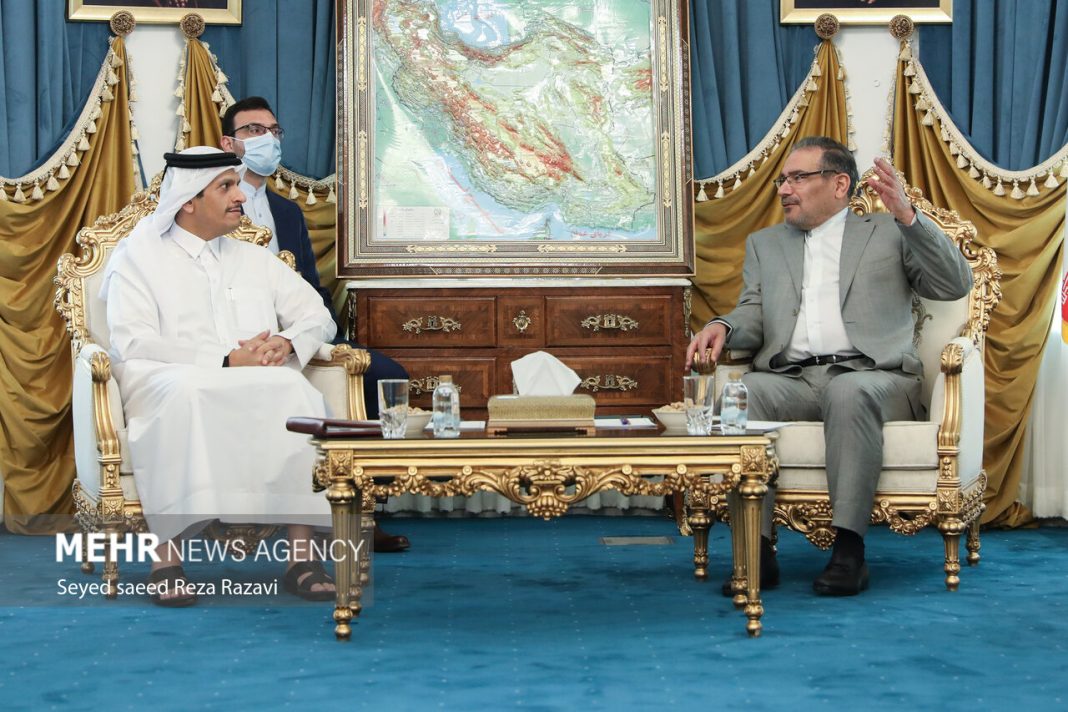 The secretary of Iran’s Supreme National Security Council has told Qatar’s foreign minister that Iran took part in the Doha talks to reach a strong, lasting and reliable nuclear deal with the other parties.

Ali Shamkhani said the oppressive sanctions against Iran must be removed in such a way as to allow all countries to invest in Iran while being able to protect their long-term interests.

He added that Iran will remain committed to diplomacy as always to reach its legitimate rights.

Shamkahni also spoke about Iran’s regional policy. He said it’s Tehran’s policy to expand strategic ties in all fields with neighbors based on good neighborliness.

He added that Iran’s behavior shows that the Islamic Republic has always cared about collective security and the territorial integrity of countries and this is its permanent strategy.

Shamkhani noted that Iran’s condemnation of the occupation of Kuwait by former Iraqi dictator Saddam Hussein and its support for Qatar in the face of bullying on the part of some regional countries are examples of this policy.

Shamkahni also spoke about the FIFA World Cup 2022, which is going to be hosted by Qatar. He wished Qatar success in hosting the World Cup finals and once again declared Iran’s readiness to help the Persian Gulf sheikhdom in this regard.

Al Thani underlined the need to continue regional talks to remove what he described as “artificial obstacles” and speed up bilateral and multi-lateral relations among nations.

He reaffirmed Qatar’s support for the sanctions removal talks, saying all parties to the Iran nuclear deal should return to their full compliance with the agreement.

Qatar’s top diplomat said what Doha needs most is lasting stability and cooperation in all spheres for the well-being and prosperity of regional nations.

Al Thani added that a deal in the nuclear talks will definitely boost stability in the region.