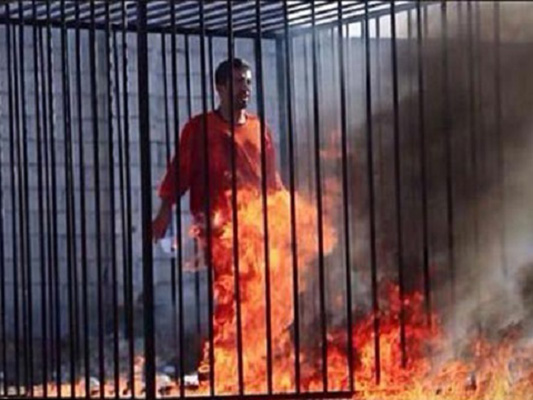 A senior Iranian commander says the IRGC’s recent missile strikes on ISIS positions in Syria were carried out not only in retaliation for Tehran attacks, but also to take revenge for the brutal burning alive of Jordanian pilot killed by ISIS in 2015. 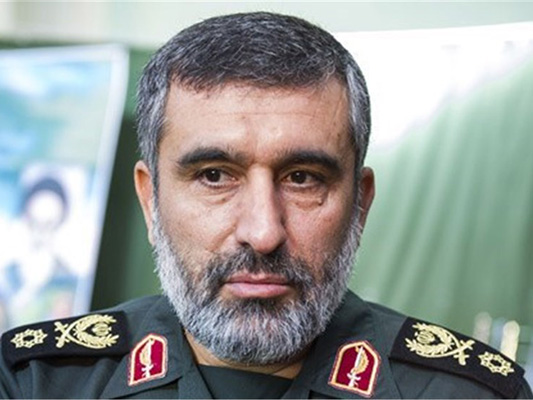 Brigadier General Amir-Ali Hajizadeh, the Commander of the Islamic Revolution Guards Corps (IRGC) Aerospace Force, said on Saturday that Iran took revenge from ISIS on behalf of the victims of its heinous crimes by firing missiles at its positions in eastern Syria last Sunday.

“We did a duty, and our intention was to take revenge on behalf of the whole nation of Iran against Takfiri terrorists over their evil acts,” he noted.

“When thinking why these ISIS terrorists had to die in agony, I remembered the Jordanian pilot who was burnt alive in a cage,” Hajizadeh said.

He was referring to an ISIS video released in February 2015, appearing to show the burning alive of Muath al-Kasasbeh who was captured after his F-16 crashed in Syria.

The missiles were the first launched from Iran at targets outside the country, drawing enormous international attention. The strike came shortly after ISIS terrorists carried out simultaneous attacks on the parliament building and the Mausoleum of Imam Khomeini in Tehran.

Elsewhere in his remarks, Hajizadeh dismissed Israeli reports that some of the projectiles had fallen short of their targets and landed in Iraq.

He said what is being claimed in “Zionist circles” is in fact the detachable bodies of the missiles which had been programmed to fall in Iraqi territory.

“All the missiles successfully struck their targets and in this regard, we released videos recorded by unmanned aircraft,” Hajizadeh added.

The commander said the attacks had inflicted “tremendous damage” on the terrorists, adding Iran had got new information in this regard which would be released soon, Press TV reported.

“It is interesting to know that four minutes after the first missile struck, American planes immediately flew over the area – after being informed by our allies, possibly the Russians – indicating that the operation had been accomplished,” Hajizadeh said.

According to the commander, one of the missiles caused a huge fire which surprised Iranian commanders.