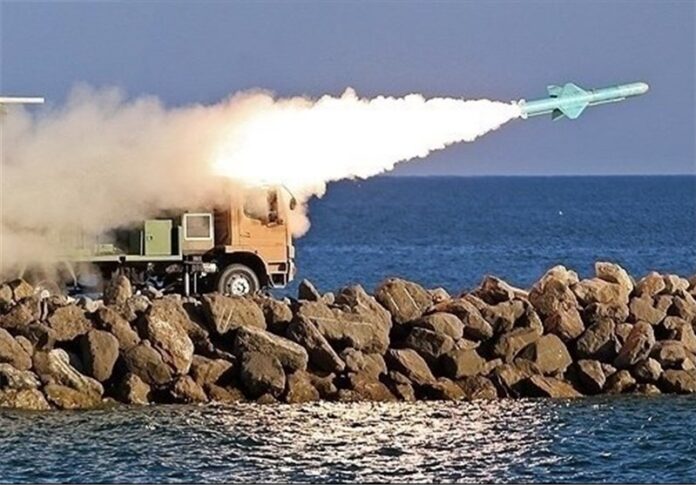 The Iranian Army on Tuesday employed a homegrown cruise missile to hit naval targets as part of a large-scale military drill, underway in south and southeast of the country.

On the second say of the massive war game, codenamed Muhammad Rasulullah-5 (Muhammad, the Messenger of God), the Army forces successfully fired a ‘Nasr’ cruise missile from an onshore mobile launcher to destroy a naval target.

The Navy is also going to use long-range cruise missiles in the drill.

In comments on Tuesday, spokesperson for the war game, Rear Admiral Lower Half Mahmoud Mousavi, hailed the Navy for perfect support for the ground and aerial forces in the drill, saying the Navy commandos exercised various offense and defense tactics on Monday.

The exercises on Monday were overseen by experienced military experts and Navy commanders to assess the weak and strong points, he noted.

The purpose of the war game is to strengthen coordination among the Ground Force, Air Force, Navy and the Air Defense, the commander added.

The war game covers vast areas south of Iran, mainly the coastline stretching to the southeastern Makran region, by the sea of Oman.