Iran and the Next US President 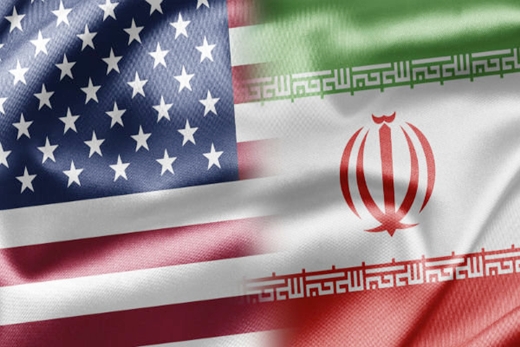 The Middle East presents variety of complicated partnerships for the next United States President.  In recent years, the US has been experiencing a strategic reversal of its position in the Middle East.  In the past, Washington’s posture in the region was more assertive, but more recently it has shifted towards greater restraint, particularly during Barack Obama’s second term. However, it appears that neither posture has worked particularly well for the United States.

Today, nationalism, religious fanaticism, and political extremism are on the rise and will complicate future stability in the Middle East. Furthermore, the traditional allies of the US have strained relations with Washington. There are ongoing civil wars and unrest in at least five countries where the US has either directly or indirectly supported regime change (Iraq, Afghanistan, Libya, Yemen, and Syria). In its current state, the Syrian civil war in particular risks creating even greater regional sectarian conflict. US traditional partners throughout the region are also more vulnerable than they were just a few years ago.

The strategic tools used historically by previous presidents do not appear to work well in the Middle East. However, two recent opportunities created by the Obama administration should provide a glimpse of hope for the next president as well as more room for political maneuvering to create successful collaborative engagement. Firstly, there is the Obama administration’s ability to rally Sunni nations to join the coalition against ISIS.  Even more importantly, the nuclear deal with Iran offers a truly unique but limited opportunity to improve overall relations with Tehran.

The next US president cannot ignore or undermine the fact that Iran’s role is vital and must be properly addressed and managed, with a collaborative approach that could yield a new trilateralism that might facilitate the long-term strategic pivot to Asia, reinforce transatlantic ties, and provide greater support to deal with instability in the Middle East. These complexities require the next Commander in Chief to show more political flexibility, and Iran will be an illustration and ultimately test-case of this intention.

The next administration should constantly be aware that, in addition to China, Iran also presents a distinctive opportunity for the United States to capitalize on some common interests with a long-time adversary, and to reduce the potential for conflict while enhancing broader regional stability. The next US president should consider two important developments when assessing the future relationship with Iran. The first is the nature of the July 2015 nuclear deal; the second is Iran’s broader role in the Middle East. Iran’s influence in the region has grown in recent years, in part because of the disruption created by the US invasion of Iraq and Afghanistan, therefore any attempt to limit this role will be disadvantageous to the United States and the region.

Despite their many differences, the next American president should not disregard the fact that Iran and the United States share a strategic interest in the free flow of oil through the Strait of Hormuz. They also share an interest in the successful implementation of the JCPOA, at least in the short-term.  Also, with the rise of ISIS, Iran and the United States are reluctantly cooperating to defeat a common enemy, even though both nations have been unwilling to formalize these cooperative arrangements.  The next step in defeating ISIS may require US-Iranian cooperation in Syria. There is further room for improving US-Iranian relations, which, if achieved, could affect the future of the Middle East.

The difficult task for the next US president is to rebuild ties with traditional yet increasingly vulnerable allies as it simultaneously creates a new relationship with Iran, a new approach should be designed for the Middle East, despite the constant pressure of partisan politics in Washington. Therefore, a hybrid approach is urgently needed. The daunting task of designing a regional strategy for the Middle East is the least well-defined compared to the strategy for Europe or Asia. It is vital, however, for the next president to realize that he or she must seek to contain the consequences of the violent chaos that currently exists in the region, but without drawing the United States in so deeply that it is unable to focus on challenges of greater strategic relevance in Europe, and most importantly, Asia. In that respect, enhancing its partnership with Iran is vitally important.

In order to achieve a partnership that is more fluid than those in Europe and Asia, the next US president must attempt to construct a more cooperative relationship with Iran, despite fundamental differences, in the post-JCPOA era. In the course of successful implementation of the JCPOA, the next US president should also think about launching new regional initiatives, including a broader regional security summit that should and must include Iran. This approach will help design a new balance for the Middle East.

By Bijan Bonakdar and Roozbeh Aliabadi

Bijan Bonakdar is director of Strategic Initiatives at the Institute for Political and International Studies (IPIS) of the Iranian Foreign Ministry.

Roozbeh Aliabadi is an advisor at the Institute for Political and International Studies (IPIS) of the Iranian Foreign Ministry.