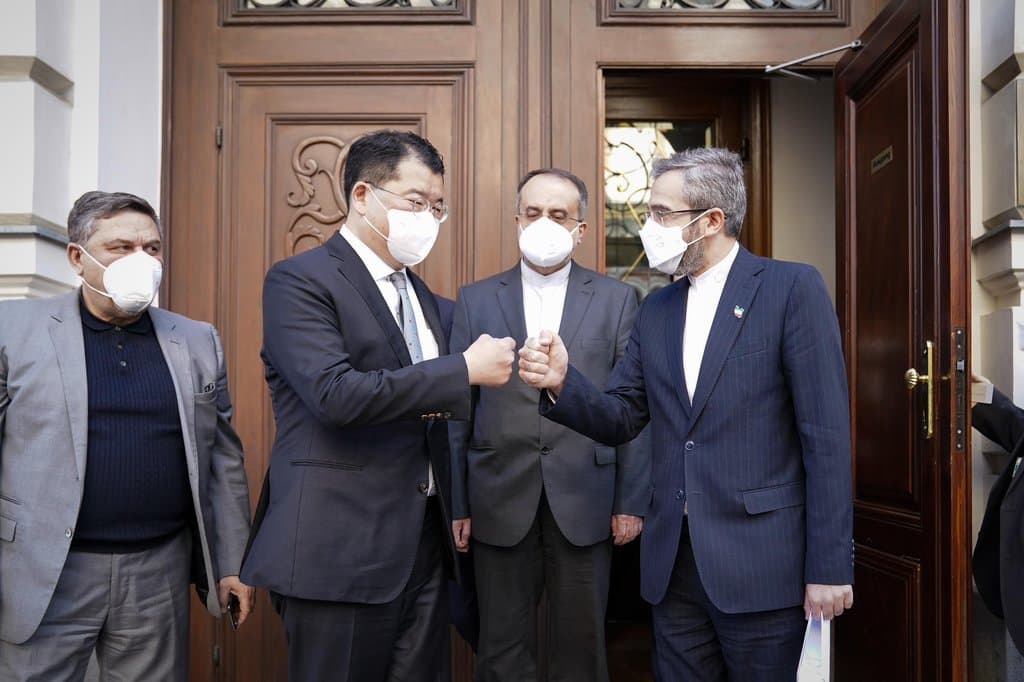 South Korea and Iran plan to hold working-level consultations next month in Seoul to discuss ways to untangle years-long disputes over Tehran's assets frozen under US sanctions, an informed source says.

Bilateral relations remain frayed over US$7 billion in Iranian funds locked in two Korean banks under US sanctions, which were reimposed after former President Donald Trump in 2018 withdrew from a 2015 nuclear deal.

The thorny issue has drawn renewed attention, with talks to revive the 2015 accord standing at a critical phase, as Iranian officials demand sanctions relief for an agreement.

Seoul officials say the proposed working groups are expected to go over details of a potential money transfer once sanctions are lifted and also discuss other aspects in the event of a no deal.

“The working groups are expected to mainly discuss details of the payment method of the Iranian assets if the US grants sanctions relief,” the source told Yonhap News on the condition of anonymity.

“They could talk further on the possibility of resuming oil imports from Iran once sanctions are lifted,” the source added.

Iran, which sits on the world’s fourth-largest oil reserves, had been a key oil supplier to resource-poor South Korea and in turn imported industrial equipment, household appliances and vehicle parts from Seoul.

South Korea imported US$7.8 billion worth of oil from Iran in 2017, but it has stopped Iranian purchases since 2019 due to US sanctions that ban the Islamic republic’s oil exports, according to the data by the Korea International Trade Association.

The top Iranian negotiator to the negotiations in the Austrian capital has recently met with South Korea’s deputy foreign minister to discuss release of Tehran’s frozen assets in Seoul.

Ali Bagheri Kani, who is also Iranian deputy foreign minister for political affairs, said in the meeting held with Choi Jong-kun that regardless of the outcome of the talks in Vienna, the South Korean government is obliged to unfreeze Iran’s frozen funds, stressing that unilateral US sanctions cannot justify the non-payment of Seoul’s debts to Tehran.

“The South Korean government is obliged to release Iran’s blocked assets, and unilateral US sanctions cannot justify non-payment of debts to Iran,” he stated.

The Iranian diplomat also stressed that South Korea’s illegal and unjustifiable refusal to repay its debts to Iran would be a dark spot in the history of relations between the two countries, adding that Seoul should act as soon as possible to unfreeze Iran’s assets.

South Korea’s ambassador to Iran Yun Kang-hyeon has also noted the country has suffered badly from more than three years of US sanctions on Iran as he insists that Seoul has been working hard to maintain its trade and energy ties with Iran despite excessive US pressure.