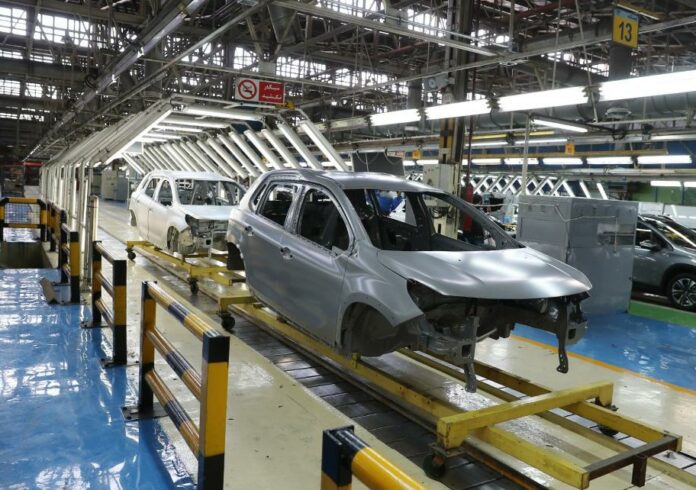 Iran’s Minister of Industry, Mine and Trade says the government has allocated a great amount of money to help the industries which are damaged by the spread of the coronavirus.

Reza Rahmani said nearly 10 billion dollars have been allocated to be given to compensate the industry losses of these guilds.

He added that several guilds suffered the most damage during the corona pandemic, and of course the government will help them through this aid package.

“Of course, the effects of coronavirus on the global economy have shown themselves, and different countries have registered 144 new procedures for post-corona conditions. We are also after compensating corona’s losses in the country.”

Speaking in a meeting in East Azarbaijan province on Thursday, Rahmani noted “We have set the management of imports and development of non-oil exports as one of the main targets of the ministry for increasing production after defeating the coronavirus.”

He went on to say that any goods that are now produced domestically and meet the needs of the country with the appropriate quality are subject to the import ban.

Referring to the measures taken to produce corona-related health items, the industry minister said there existed some problems in the production of masks in the country, but in the shortest possible time, the problems were resolved and the daily production of 200,000 masks in various industrial sectors, guilds and workshops reached more than 5 million.

“The cruel sanctions against our country have been imposed in such a way that they force us to sell raw materials for export, while the import of some unnecessary goods is free,” he stressed.

Talking about the accession to the Eurasian Economic Union, Rahmani continued that economic activists should seek to activate production and export capacities in this field, but Iranian embassies in the member states of this union, especially Russia and the Republic of Azerbaijan are also active and can help a lot.