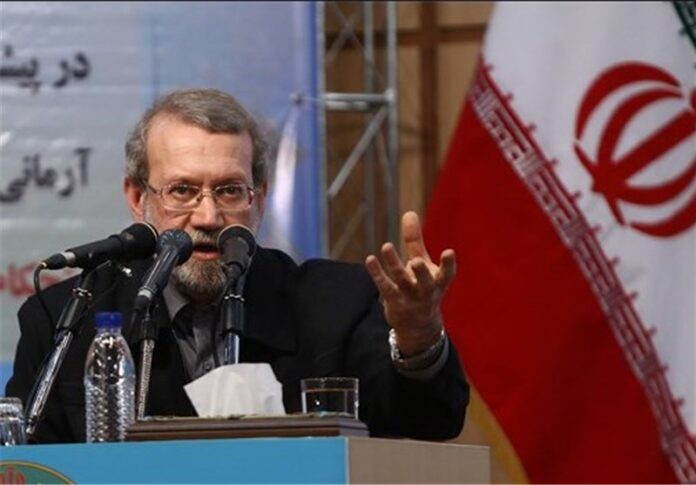 Iranian Parliament Speaker Ali Larijani underlined that Tehran is utterly opposed to any moves aimed at splitting neighboring Iraq as well as Syria.

“The Islamic Republic’s general policy is to support democracy in all countries,” Larijani said in a meeting with a gathering Iraqi lawmakers in Tehran on Saturday.

“However,” he added, “We are opposed to the disintegration of countries, including Iraq and Syria.”

He described moves aimed at splitting up regional countries as a conspiracy against the region.

Iran by no means is after ethnocentrism in any country, including Iraq, the Iranian parliament speaker said, adding that the enemies of Iraq raise such issues.

His remarks came after Kurdish leader Massoud Barzani earlier this month said that the time had come for the Kurdistan region to hold a non-binding referendum on independence from the rest of Iraq.

In an interview with the state-run al-Iraqiya television network on February 15, Iraqi Prime Minister Haider al-Abadi warned the Kurdish people about the consequences of the Kurdistan Region’s secession from Iraq, saying the planned independence referendum is not in their interests.

“I do not see any benefit in Kurds’ separation from Iraq,” Abadi said at the time.

The talk of Kurdistan region’s independence comes as Iraq has been facing the growing threat of terrorism, mainly posed by the Daesh (ISIL) terrorist group.

“Barzanistan”, Kurdish Aspect of the Philosophy behind ISIS Emergence