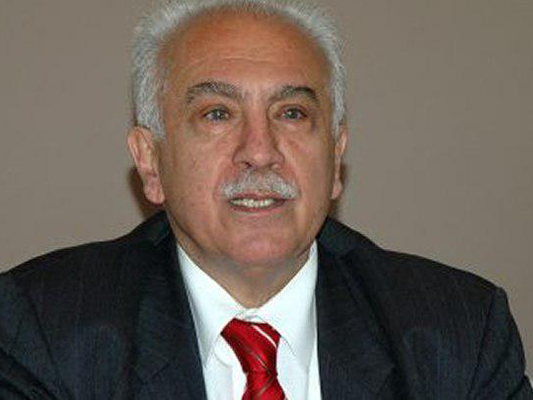 The head of Patriotic Party of Turkey Doğu Perinçek says the Zionist regime of Israel is planning to create a Greater Kurdistan.

During a recent visit to Tehran, Perinçek referred to the Israeli plot to separate Kurdish areas and form a greater country of Kurdistan, and said, “Our Turkish Kurd brothers will not play any role in this plot despite the Zionists’ measures.”

He made the remarks on Monday after a meeting with Ali Akbar Velayati, an international advisor to Iran’s Leader Ayatollah Seyyed Ali Khamenei.

Iran, Turkey and western Asia are dealing with complicated developments, he said, according to IRNA.

He went on to say that the US and Israel are threatening the regional countries’ territorial integrity and the Zionist regime is trying to create another Israel, which is called greater Kurdistan.

The plan is called Greater Kurdistan Project and it has nothing to do with Kurds, but is only a US-Israel weapon, he noted, adding that Washington and Tel Aviv will not succeed in implementing such plan.

The US and Israeli threats will bring Tehran and Ankara closer, and we are certain that Iran also trusts its Turkish brothers, Perinçek said.

“We will restore peace to West Asia region,” he added.

Last year, Massoud Sadr-Mohammadi, an expert in Turkish and Caucasian affairs, had also warned against the plot hatched by Israel and the US to disintegrate the Middle East and create tension and instability in the region by abusing Kurdish people.