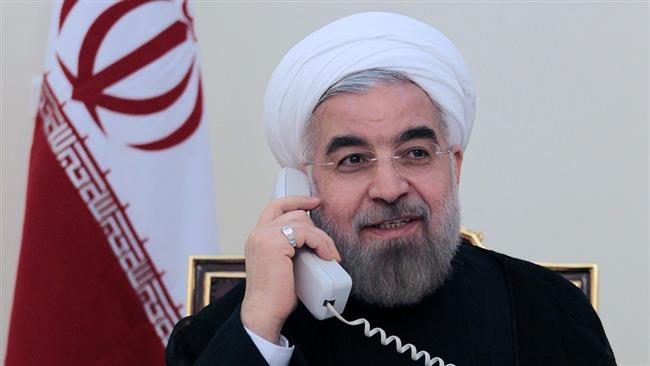 President Rouhani told his Austrian counterpart Heinz Fischer in a Wednesday phone conversation that the nuclear accord announced earlier this week in Vienna was associated with the European country, which he described as “a good host” for global talks.

After 18 days of marathon talks in the Austrian capital, Iran and P5+1 – the United States, Britain, France, China, Russia and Germany – reached a conclusion on the Joint Comprehensive Plan of Action (JCPOA.)

“Doubtlessly, the Iranian nuclear agreement with global powers is a win-win accord for all the negotiating sides,” said the Iranian president, adding that it “will lay the groundwork for the expansion of ties between Tehran and Vienna.”

President Rouhani further hailed an upcoming visit by Fischer, saying it could mark a “new stage” in the mutual cooperation between the two countries.

The Austrian president, for his part, said the nuclear conclusion meant the world’s issues could be solved through “dialogue and peaceful methods.”

Zarif and Iran’s Atomic Energy Organization Director Ali Akbar Salehi, another top negotiator, are setnext Tuesday to deliver a report to Iran’s parliament regarding the talks.

Deputy Parliament Speaker Mohammad-Hassan Aboutorabi Fard told the Iranian media that they would talk to the lawmakers in an open as well as a separate closed session of parliament.

Meanwhile, Secretary of Iran’s Supreme National Security Council Ali Shamkhani also commented on the nuclear conclusion, saying the case has always been on the council’s agenda and will remain there.

The accord came about thanks to “sincere” efforts by many Iranian experts and directors, he said.

“Achievements gained from a policy of constructive interaction with the world, which is among the most major approaches of the respected administration, have brought about new potential for the country to move speedily towards development and prosperity,” Shamkhani noted.

He added that the council would still monitor the conclusion to ensure “the achievement of all expected results.”