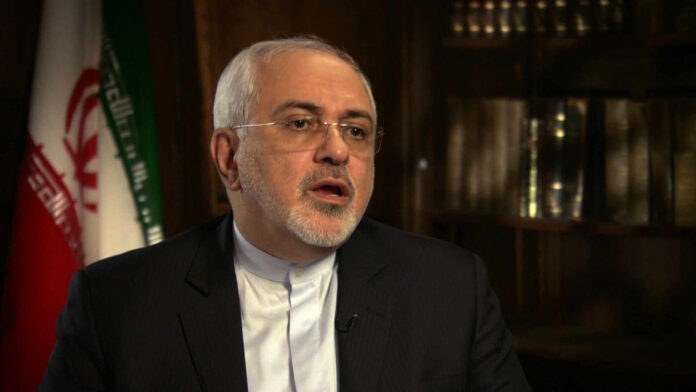 Iranian foreign minister says the US president should know that international deal-making is not at all the same as real estate marketing.

Speaking in an exclusive interview with Newsweek released on Friday, Iran’s Foreign Minister Mohammad Javad Zarif referred to the book Art of the Deal written by the US president and businessman Donald Trump, and said, “Maybe making real estate deals are fun and considered a hobby, but negotiating international agreements is no fun. It’s much more complicated than that.”

He also expressed the hope that “President Trump won’t learn that the hard way.” What follows is the full transcript of the interview, which was carried out in New York in late September.

The spirit of the nuclear agreement was supposed to improve relations between Iran and the United States. Is it doing that?

The agreement itself clearly indicates that the US should not do anything to undermine economic relations between Iran and other states. Unfortunately, it has done exactly that, particularly under the Trump administration. The agreement was not a ceiling, but a foundation, and if we wanted to reach that objective or aspiration with more than the spirit, it would’ve required the United States to, at least, faithfully implement its part of the bargain and it hasn’t.

Are you referring to US unilateral sanctions against Iran, which go beyond the nuclear deal and have often prevented financial institutions from working with Iran in fear of retaliation from Washington?

I’m referring to a psychology which considers sanctions as an asset for the United States and believes that whatever the US does, the primary objective should be to maintain the sanctions. That’s one problem. The other problem has been that … the [Trump] administration has tried … [its] best very explicitly to create the tense atmosphere, which would prevent Iran from benefiting from the deal.

You are on the record as saying you are not open to renegotiating the nuclear deal. Doesn’t that potentially put Iran on a collision course with the US?

That wouldn’t be the first time. We’re not putting ourselves on a collision course with anybody. Others may be putting themselves on that course. And I believe they are putting themselves on a collision course with the international community. Every aspect of the deal had been fully and repeatedly renegotiated before we reached an agreement. Everybody else who participated in…[it] knows that if we reopen the deal to negotiation, we would be reopening Pandora’s box, which would be impossible to close again.

Should the agreement die, it would put the European Union in a difficult situation. Do you think the EU will side with the US if that occurs?

The nuclear deal only came about after everyone understood that it was the best course of action. Iran has lived with pressure and sanctions in the past. It has not broken Iran’s determination to pursue its interests, which are in line with international norms and international obligations. We will never pursue a nuclear weapons option, but we have options within international law that are available in the agreement; options that are available if Iran decides to walk away from the agreement in response to a US violation.

Have you decided on those options?

No, we haven’t. We have made decisions about various scenarios because Iran will be assessing the circumstances, assessing the response of others including the Europeans, assessing what Congress would do.

What are your options?

I would want to keep everybody guessing.

Since signing the agreement, there has been an increase in activity by Iran on the ballistic level. Isn’t that in violation of the spirit of the agreement?

They’re defensive. Iranian ballistic missiles are not designed to carry nuclear weapons. The reason we continue testing them is that we want to improve their precision. If a missile is designed to carry nuclear weapons, you don’t need precision. You just need range because wherever they hit, they create the necessary deterrence. The range would be important, but the precision wouldn’t be important. Iran focuses on improving the precision because we want to use these missiles as a means of carrying conventional warheads. We did not agree to anything limiting our defense capabilities for [the] very obvious reason that the United States is sending a lot of weapons to our region.

How would you describe President Trump’s leadership?

Trump prides himself on being a great dealmaker. You have been called a master negotiator. Are you familiar with his book, The Art of the Deal? In it, the president implies that he enjoys negotiating, almost like it’s a hobby. How does that translate to the Iranian nuclear agreement?

I’m familiar with the man who’s written the book. I’ll look at it [The Art of the Deal]. Believe me, maybe making real estate deals are fun and considered a hobby, but negotiating international agreements is no fun. It’s much more complicated than that. I hope President Trump won’t learn that the hard way.

Many other countries hold Syrian leader Bashar al-Assad responsible for the deaths and torture of hundreds of thousands of his people. Iran intervened in the conflict to save him. Why?

No, Iran intervened in the conflict to save Damascus from falling in the hands of ISIS [the Islamic State group, otherwise known as ISIS]. That is exactly the same reason we helped in Erbil, Iraqi Kurdistan. All of the nonsense they say about sectarian motivations; just look at Erbil. Do they exist at all? We have had the consistent policy of opposing extremism regardless of where it occurs. We oppose extremism in Afghanistan against the Taliban. We support stability in our region. It’s not supporting individuals.

Unfortunately, people intervened in Syria. People supported, financed, armed these extremist groups. Now, you see in the accusations that are floating on the southern part of the Persian Gulf among countries that are formerly allies—you can see that each one is accusing the other of supporting extremist groups. You can see each one accusing the other of being on the wrong side in Yemen. What happened was people intervened on the wrong side and are now complaining; Iran’s influence is growing in the region because we never intervened on the wrong side.

How do you see Syria’s future? Do you see Assad as being a part of it?

None of my business and none of anybody else’s business other than Syrians. That’s what we’ve been saying from the very beginning: that we should not draw red lines based on personalities. Our political plan is for ceasefire, inclusive government, inclusive national unity government, constitutional reform and elections.

I believe our investment has paid off. We have been able to defeat ISIS in Syria and that’s a major achievement.

Once ISIS is defeated, what is your ultimate goal?

Let’s take one step at a time. We are in Syria at the request of the Syrian government. We will not stay in Syria any longer than we are welcome.

Iraq is the same. We have this policy of not going anywhere uninvited, unlike others.

And a few others.

The Islamic Revolution Guards Corps and your proxies, Hezbollah, Badr Brigade and Hamas, are playing a central role in the region’s conflicts. American allies accuse Tehran of creating a Shia crescent from Iran, to Iraq, Lebanon and Syria. What do you make of such accusations?

We never supported extremists. We never supported ISIS, Nusra, Al-Qaeda, Taliban. You’re talking about Hezbollah? Do you condone Israel’s occupation of Lebanon? It was the first time in Lebanese and Arab history that Israel had to withdraw, was pushed back from Arab and Islamic territory. So let’s see whether resisting occupation, resisting foreign aggression, would be tantamount to [being] an instrument of instability; or whether occupation, aggression, usurping other people’s lands—that is their definition of instability.

Iran maintains an embassy in Pyongyang and has close ties to the regime of Kim Jong Un. Both countries face the wrath of the US for their nuclear programs. How do you view this standoff?

We believe that the situation in the Korean peninsula…cannot take any further exacerbation and increase in tension. That is why we believe this issue needs to be resolved diplomatically around a negotiating table. We have our views on this issue. We share our views.

Israel views Iran as a threat. Is there any chance of reconciliation between the two countries?

Iran is not a threat to anybody. I believe Israel’s threat comes from its own actions. I believe Iran has provided—or Israel has used Iran as a smokescreen to continue its expansion, its policies, its violations of the rights of Palestinians, its pursuit of nuclear weapons. It is the only possessor of nuclear weapons in the region. Iran is not the problem. Iran is not an impediment to the resolution of these problems. Iran has never threatened to take military action against anybody except in self-defense. If anybody dares to attack us, they will receive a huge response.

If you had a message to send to President Trump, what would you say to him?

The United States has not benefited from producing alternative facts about our region and basing its policy on [those] alternative facts. Sometimes you produce alternative facts just as a ploy—as a propaganda ploy. That’s not good, but understandable. But then you become prisoner of your own lies. That’s dangerous.