I hope what is related to human rights is deemed as important globally and in the future there are no instances of injustice in the world, Ayatollah Rafsanjani said.

Chairman of the Expediency Council Ayatollah Akbar Hashemi Rafsanjani says he hopes interaction between the Iranian legal system and international organizations can result in the refinement of judicial regulations.

In a message to an international conference on independence of lawyers and bar associations Sunday, Ayatollah Hashemi highlighted the importance of human rights, and said, “Adaptation of the country’s judiciary and legal representation system to internationally-accepted standards will contribute to the effectiveness of the judiciary on the global stage.”

Given that cultural concepts are constantly changing, legal representation should be updated with the passage of time, the top councilor said.

The following is the translation of an excerpt of his message posted online by the Islamic Republic News Agency on July 26:

When it comes to legal representation, the emphasis is on the independence of lawyers, a key principle stipulated in the Universal Declaration of Human Rights and the International Covenant on Civil and Political Rights and Basic Principles on the Role of Lawyers [adopted by the Eighth United Nations Congress on the Prevention of Crime and the Treatment of Offenders, Havana, Cuba, in 1990].

The independence of bar associations and that of defense attorneys are an intrinsic part of this covenant.

Islamic texts urge the faithful to resort to arbiters and legal representatives when they are at odds with each other. There is no doubt that arbitration and representation are a religious issue encouraged by the Muslim Prophet. The Islamic judiciary system should organize international gatherings as such to promote the positive aspects of legal representation and facilitate adaptation.

I hope what is related to human rights is deemed as important globally and in the future there are no instances of injustice in the world. Of course, satisfaction and dissatisfaction are inevitable concepts when it comes to court cases and performance of lawyers.

The day-long gathering held on July 26 in Tehran’s Milad Tower brought together a number of ambassadors and heads of bar associations from the Netherlands, Austria, France and Turkey as well as officials from the International Bar Association. 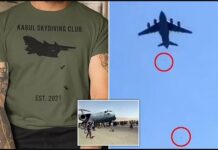