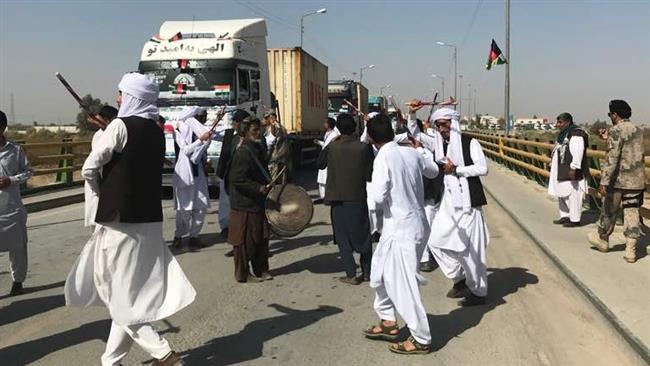 Afghanistan says it has received an inaugural consignment of wheat from India through a project which has opened a new trade and transit route in the region.

The shipment of almost 15,000 tonnes of wheat dispatched from India’s western port of Kandla late last month reportedly reached the Afghan province of Nimroz, which borders Iran, on Saturday.

The media quoted Manpreet Vohra, India’s ambassador to Kabul, as saying that the shipment demonstrated the viability of the new route that connected India with Afghanistan through Iran.

“The ease and the speed with which this project is already working is evident from the fact that as we are receiving the first trucks of wheat here in Zaranj, the second ship from Kandla has already docked in Chabahar,” Vohra was quoted as saying by news agencies.

The new route would create a unique opportunity for India to send its goods to landlocked Afghanistan through a safe route. It would to the same effect enable Afghan merchants to export their commodities – mainly fruits and vegetables as well as nuts and minerals – to global markets through Chabahar.

India signed a deal with Iran in 2003 to develop the same port through an investment that could amount to $500 million.