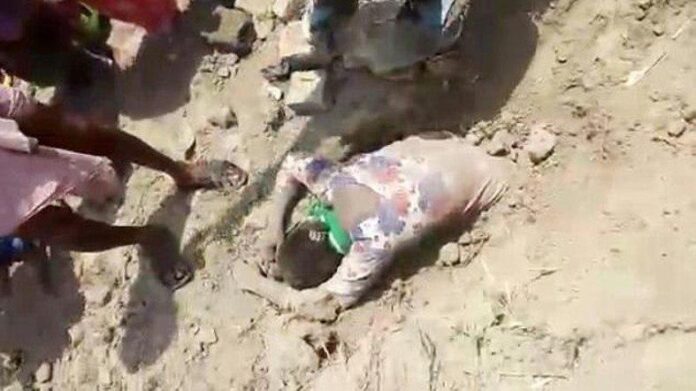 A 19-year-old girl was rescued after she was left to die in a sand pit following an alleged property dispute in India.

The Indian police are hunting for three suspects over Khushboo Khatun’s burial.

The distressing video shows the young girl being pulled out from the rubble after reportedly being buried for two hours, Daily Mail reported.

“Khatun was on her way home from a market in India when three men pounced on her and threw her into a 3ft deep pit before they filled it with earth and left her to die,” the newspaper reported.