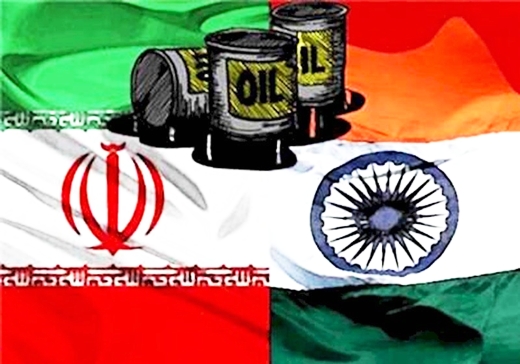 Indian officials are reportedly trying to repay their oil debts to Iran before an upcoming visit by Indian Prime Minister Narendra Modi to Tehran, which is due to take place on May 22.

With less than a week to go before Prime Minister Modi’s visit to Iran, officials in New Delhi are working hard to seal an agreement to repay $6.5bn owed to Iran, dating from the years when it was under sanctions, according to a report by IRNA.

The effort has run into a brick wall over the reluctance of European banks to process the payments, officials in the Oil and External Affairs Ministries told the Indian newspaper The Hindu.

“We are trying our best to conclude the agreement during the week,” an official said.

The repayment agreement is among the large number of announcements Iran and India hope to make during Modi’s visit to Tehran on May 22-23.

Other announcements include the signing of a trilateral trade agreement including Afghanistan, which has already been finalised, a Memorandum of Understanding (MoU) for the development of Chabahar port in southern Iran, and the progress made in Indian exploration of the ‘Farzad-B’ gas fields.

While the other agreements are on track, officials say it is the search for the repayment channel to Iran that is still being awaited, despite several banks including Danske bank of Denmark, Europaeisch-Iranische Handelsbank (EIH) of Germany, the Central Bank of Italy and Halkbank of Turkey having been identified to carry out the transactions. The Reserve Bank of India has identified corresponding banks to make the transfer from India.

Earlier, Mangalore Refinery and Petrochemicals (MRPL) had announced that it is ready to clear its dues for oil imports from Iran as soon as banking channels are available.

“Now that sanctions on Iran have been fully lifted, we hope there will be clarity in terms of payment channels, and that it will be sorted out very quickly. As soon as banking channels are available, we will make the payment,” MRPL Managing Director H Kumar said.

Reserve Bank of India Governor Raghuram Rajan said on April 5 that India will make payments to Iran in a staggered manner.

After China, India is the second largest importer of Iranian oil, and it has started buying additional oil in the post-sanctions period. This figure reached 500,000 barrels per day (bpd) this March, the highest imports to India from Iran in five years.