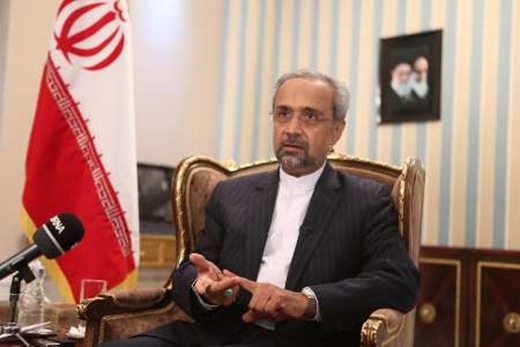 President Rouhani’s Chief of staff has said that the Iranian nation needs peace of mind and a thriving economy in which business will yield benefits.

Chief of staff of the President’s Office Mohammad Nahavandian said Friday that political players and journalists inside Iran should not impose pressure against the country’s nuclear negotiators who are leading a tough job, adding it is unwise to do so.

Speaking with IRNA, Nahavandian stressed that the Iranian nation seriously needs peace of mind today, as well as a thriving economy in which business will yield benefits. Under tough conditions, the Iranian political system is still capable of resisting, he said, adding management of the affairs will be a lot easier both for the system and for the nation after the conditions are improved.

“These words are not hollow mottos, as in practice after the termination of the sanctions our nation can have access to the world markets, which is their basic right, and our businessmen can attract capital and create jobs,” he said.

The Iranian capital and brains need to be kept inside the country, unlike when the sanctions are in place and present an unfavorable condition both for doing profitable business and for the talented people to flourish, he said.

“In case the sanctions will be terminated, the only way for us to achieve the objectives of our development plans will be relying on our internal potential and trusting in God that will grant us benefits,” he said.

The objective, he said, is that an Iranian investor can compete under similar conditions in which his Turkish, European, or Chinese counterparts work.

“Why should an Iranian exporter have to work under uneven circumstances? It is the government’s responsibility to remove such obstacles standing in the way of the economic activists, and it will do so,” added the official.