If US Leaves JCPOA, There Will Be No Deal Left: Iran 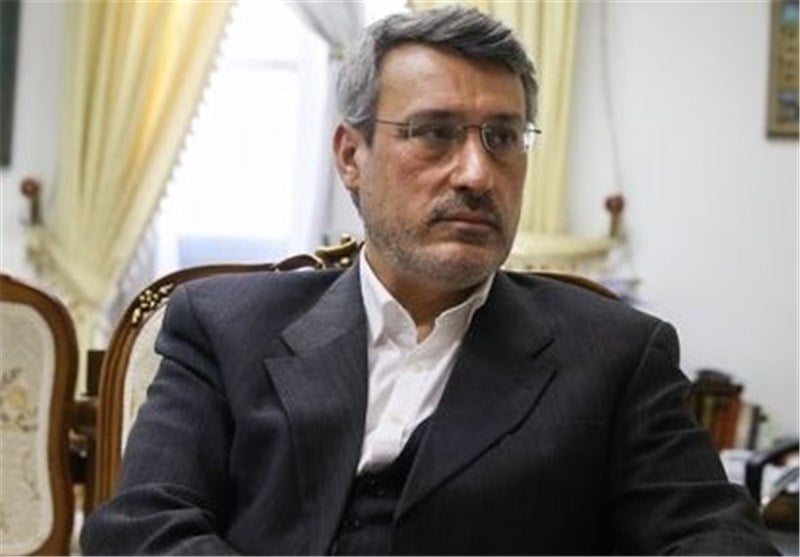 Iran’s ambassador to Britain says if the US withdraws from the Iran nuclear deal, there will be no agreement left.

Hamid Baeidinejad, who was also a member of Iran’s nuclear negotiating team during the talks that led to the 2015 nuclear deal, made the comments in an interview with CNN’s Amanpour.

He underlined that Iran is prepared for all possible scenarios regarding the Iran nuclear deal also known as the Joint Comprehensive Plan of Action (JCPOA).

The ambassador also elaborated on the options Iran will consider if Washington withdraws from the JCPOA.

“The first option would be to refer to the mechanism for the settlement of disputes envisaged in the JCPOA,” he said.

Nevertheless, the Iranian diplomat noted, Tehran will not necessarily use this option.

“Another option would be for us to leave the deal in reaction to the US move. This option is very real and realistic. This is the option we are making plans on, and our president has ordered different organisations and authorities in Tehran to be ready for such an event,” the Iranian ambassador to the UK added.

Spokesman for the Iranian Government Mohammad-Baqer Nobakht also weighed in on the issue on Wednesday. He said Trump, who has little political understanding, is likely to withdraw from the JCPOA.

He said a “different move” has being going on in Iran over the past five years in order to break the economic embargo.

“In order to break this economic blockade, we entered a series of economic discussions named the JCPOA. All of us have a share of this path, and no one in the government can step aside,” he said.

“Some may step aside due to some problems they have faced, but not only will I not step aside, I will keep defending the path we have chosen … to the end,” Nobakht noted.

He said Iran should prepare itself for the post-JCPOA situation.

“We have also made budgetary plans for different situations as needed,” the top official noted.

Trump has been a vociferous critic of the Iran nuclear deal which was signed between Tehran and six world powers in 2015. He has called the JCPOA the “worst deal ever” and even threatened to tear it up.

The Iranian official’s comments come ahead of a May 12 deadline for Trump to decide whether or not to extend waivers of economic sanctions on Iran.

In January, he did extend those waivers, but said the European signatories should fix “the terrible flaws” of the accord by May 12 or he will refuse to do that again.

White House principal deputy press secretary Raj Shah said Monday that Trump is “prepared to potentially withdraw” from the Iran deal if changes to the agreement are not made.

Earlier this month, Trump brought two anti-Iran hawks into his cabinet, fueling speculation that he could be preparing to withdraw the US from the deal.

Ex-CIA chief Mike Pompeo replaced Rex Tillerson as secretary of state, while John Bolton was picked as Trump’s national security adviser. Both figures have been critical of the Iran deal, which was inked under Trump’s predecessor Barack Obama, with Bolton once calling it “the worst act of appeasement in American history.”

However, a bipartisan group of over 100 US national security veterans recently called on Trump to honor the Iran nuclear deal.

In a statement, the so-called National Coalition to Prevent an Iranian Nuclear Weapon reminded Trump that findings by United Nations inspectors show that the pact is working. The experts also highlighted the importance of maintaining close ties with European allies, which all support the nuclear deal.