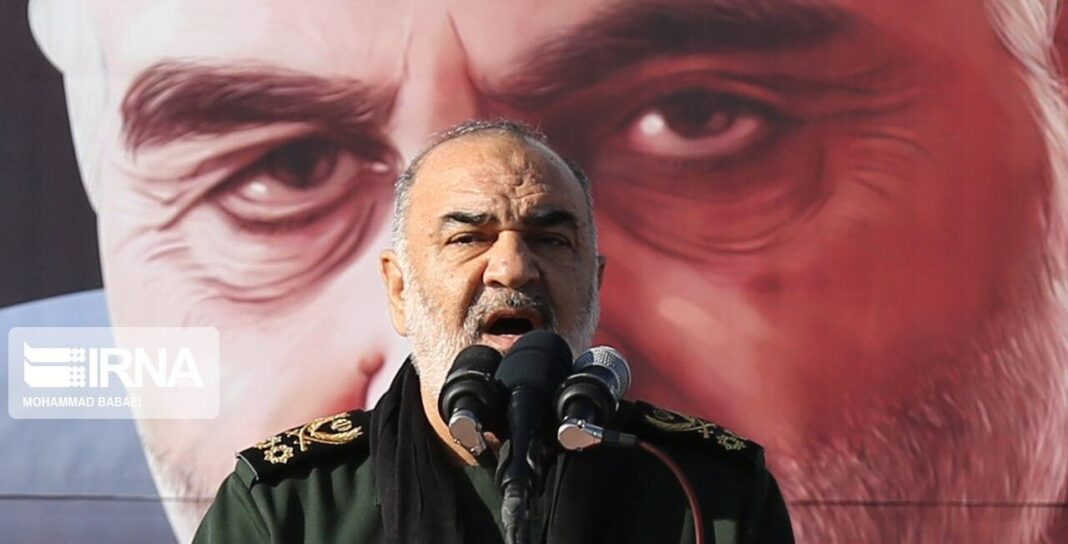 Chief-Commander of the Islamic Revolution Guards Corps (IRGC) Major General Hossein Salami has warned that the country will set fire to the places Americans love if Washington decides to respond to Iran’s revenge for General Qassem Soleimani’s assassination.

Speaking on the sidelines of a funeral ceremony for General Soleimani on Tuesday, General Salami said Americans well know where those places are.

“We will take revenge. We will set ablaze wherever they love,” General Salami said, drawing the cries of “Death to Israel!”

His comments came after US President Donald Trump’s threat to hit 52 Iranian sites, including those culturally important to the people of Iran, if the Islamic Republic decides to take revenge for the Friday assassination of its top commander.

As a martyr, General Soleimani represented an even greater threat to Iran’s enemies, General Salami said.

IRGC Missiles Hit US’ Ain Al-Assad Base in Iraq