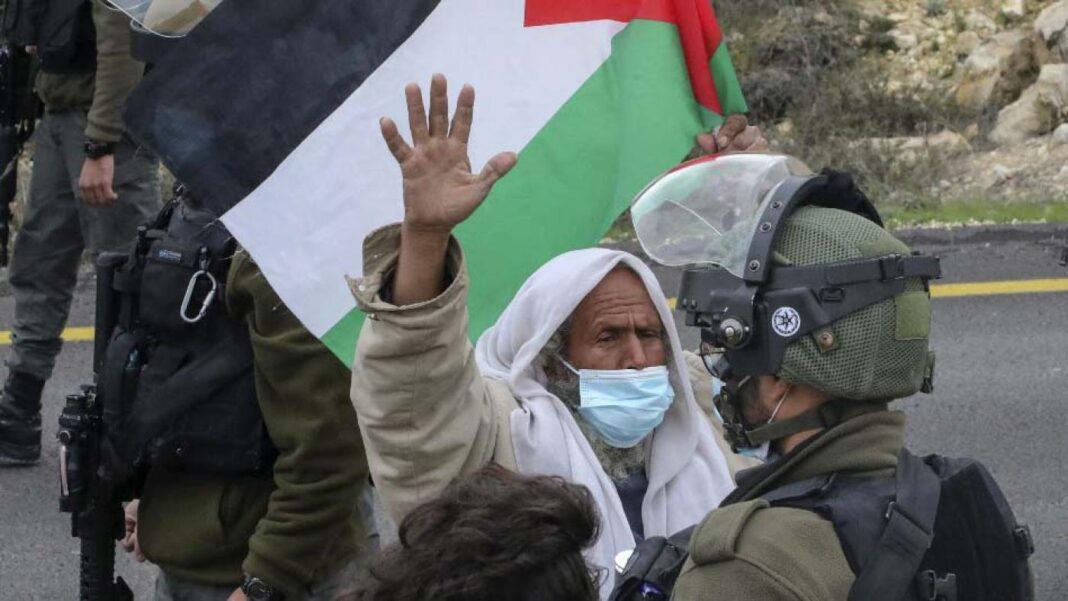 A 75-year-old Palestinian has succumbed to his wounds sustained in a deliberate car accident involving Israeli forces. According to the Palestinian Ministry of Health, Suleiman Hathalin was run over by the Israeli police earlier this month.

The health ministry said Suleiman Hathalin died of his critical wounds he sustained after being deliberately run over by an Israeli police vehicle at the entrance to Umm Al-Khair village in Masafer Yatta, south of Hebron, about two weeks ago.

Hathalin sustained critical injuries in the head, chest, stomach and hips. He was rushed to a hospital in Hebron until he succumbed to his wounds on Monday.

Breaking the Silence, the Israeli NGO dedicated to making public the atrocities performed by Israeli military authorities in the occupied territories, said that Hathalin was run over by an Israeli police-commissioned tow truck, which was in the middle of confiscating Palestinian cars in the village.

“After running over Haj Suleiman, the truck immediately left, without calling an ambulance. Hit and run, courtesy of Israel Police. That’s what happens when Palestinian life has virtually no value in the eyes of the occupier,” it added.

“This isn’t the first time the Israeli authorities have left a Palestinian severely injured in their quest to confiscate Palestinian property, all in order to enforce the occupation. Only last year Harun Abu Aram was shot in the neck when soldiers came to confiscate a generator, also in the South Hebron Hills. Abu Aram remains paralyzed to this day,” it continued.

“While Israeli settlers are demanding of the government to recognize an illegally built settlement, Homesh, on private Palestinian land, meanwhile some of the most vulnerable Palestinians in the occupied territories aren’t even allowed to lead normal lives on their own land,” it said.

“Um al-Kheir, where last week’s incident took place, is the site of constant Israeli demolition and confiscation operations, while the neighboring settlement of Carmel continues to expand on the Palestinian village’s land,” it added.

Also on Monday afternoon, Israeli troops shot and killed a Palestinian youth at the Gush Etzion colonial settlement junction, south of Bethlehem, according to security sources.

They stated that Israeli forces gunned down Faleh Jaradat, a resident of the southern Hebron-district town of Sa‘ir, at the junction after allegedly attempting to carry out a stabbing attack.

Israeli media claimed that the alleged “assailant” exited a car at the junction and attempted to stab a soldier who shot him before the man reached him.

Israeli has been criticized for its reflexive use of lethal force and “extrajudicial killings” when Palestinian alleged attackers no longer pose an immediate threat. The UN Office for the Coordination of Humanitarian Affairs (OCHA) announced that circumstances surrounding such killings over the past months remain disputed.

Such Israeli measures, taken under the guise of security, are intended to entrench Israel’s 53-year-old military occupation of the West Bank and its settler colonial project which it enforces with routine and frequently deadly violence against Palestinians.