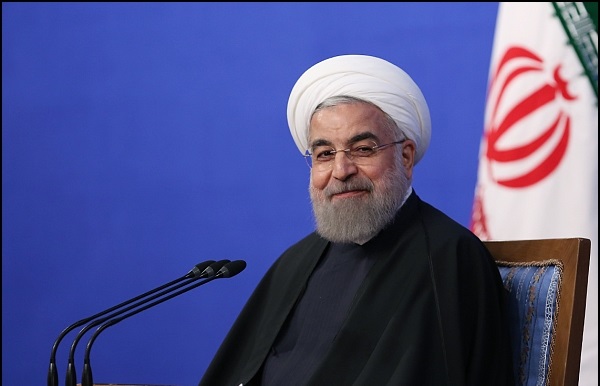 The Iranian president has described as a “major legal victory” for Iran the International Court of Justice (ICJ)’s decision to review the case brought by Tehran against the US.

President Hassan Rouhani said Thursday the ICJ has made it clear that it has jurisdiction over Tehran’s lawsuit which calls for the lifting of the US sanctions against Iran that affect humanitarian issues.

“The Americans had said the ICJ was not competent enough to look into Iran’s lawsuit,” he added.

The president said US leaders tried hard to create the impression that the ICJ had no jurisdiction over the case, but to no avail.

President Rouhani also said the court had already issued an injunction obliging the US to remove all the sanctions.

“The International Court of Justice issued a verdict in favour of Iran despite the fact that the US had mobilized thousands of well-known legal experts [against Iran],” He said.

“The ruling was that the court issued an injunction requiring the United States to immediately lift all sanctions in the humanitarian domain,” the president said.

“Of course, the US refused to comply with the court order, which was a new violation in its own right,” said the president.

“All senior judges in the court overwhelmingly ruled against the US, which was a major victory for Iran,” he noted.