ICJ Holds First Hearing on Iran’s New Lawsuit against US 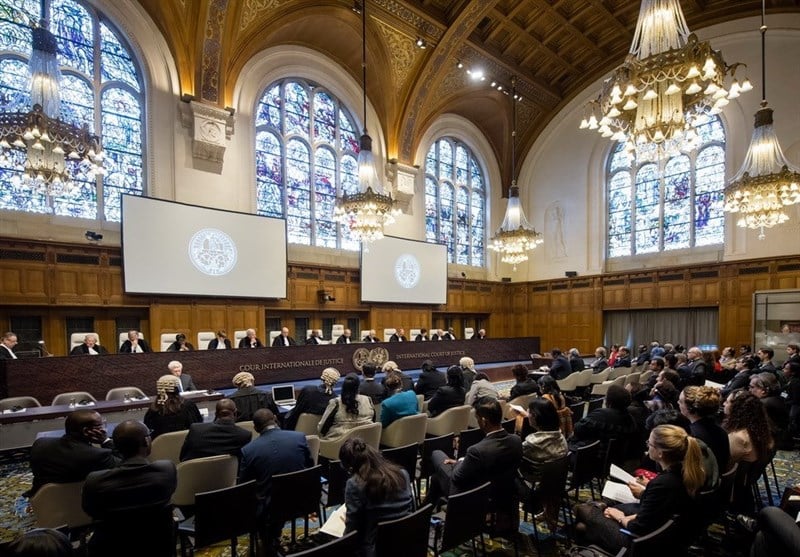 The International Court of Justice (ICJ) in The Hague has begun looking into a lawsuit filed by Iran against the United States back in 2016.

Day one of hearing sessions has opened at the ICJ’s Peace Palace to examine Iran’s suit against the illegal confiscation, in the US, of around $2 billion in assets of the Central Bank of Iran as well as Washington’s subsequent breach of a bilateral friendship agreement known as the Treaty of Amity.

The open hearing sessions are planned to take four days.

As announced by the ICJ, the United Nations’ judicial arm, in Press Communique No.28/2018 dated June 22, 2018, open hearing sessions in Iran’s lawsuit against the US seizure of Tehran’s assets will be held from October 8-12, 2018.

The ICJ is a UN body established to settle international disputes. Although the court’s verdicts are binding and cannot be appealed, the ICJ has not the power to enforce the rulings, and certain countries such as the US have, in rare cases, disregarded the ICJ’s verdicts.

On June 15, 2016, Iran lodged a lawsuit with the ICJ on the US government’s breach of the Treaty of Amity, Economic Relations, And Consular Rights between the United States of America and Iran.

“The United States arguing that Iran is a supporter of terrorism (an argument that Iran categorically denies) has adopted a number of executive and law-making measures which practically affect the interests and assets of Iran and Iranian institutions, namely the Central Bank of Iran, and which run counter to the Treaty of Amity and [which are executed] through judicial proceedings against Iran,” reads part of the lawsuit.

Clause 2 of Article 21 of the Treaty of Amity, Economic Relations, And Consular Rights between the United States of America and Iran reads:

“Any dispute between the High Contracting Parties as to the interpretation or application of the present Treaty, not satisfactorily adjusted by diplomacy, shall be submitted to the International

Court of Justice, unless the High Contracting Parties agree to settlement by some other pacific means.”

Clause 2 of Article 23 of the law also says:

In a victory for Tehran against Washington, the ICJ ordered the United States to halt the unilateral sanctions it recently re-imposed on “humanitarian” supplies to Iran.

The court announced its ruling on October 3, 2018 regarding the July lawsuit brought by Tehran against Washington’s decision to re-impose unilateral sanctions following the US exit from the 2015 nuclear deal.

Iran’s lawsuit argued that the sanctions violate the terms of the 1955 Treaty of Amity between Iran and the US. It also called on the court to order Washington to immediately suspend the measures.

The ICJ unanimously ruled that the US must ensure that the re-imposed sanctions do not impact humanitarian aid or civil aviation safety.

According to the verdict, which was read out by Judge Abdulqawi Ahmed Yusuf, Washington “shall remove by means of its choosing any impediments arising from the measures announced on May 8 to the free exportation to Iran of medicines and medical devices, food and agricultural commodities” as well as airplane parts.

The court further said that sanctions on goods “required for humanitarian needs… may have a serious detrimental impact on the health and lives of individuals on the territory of Iran.”