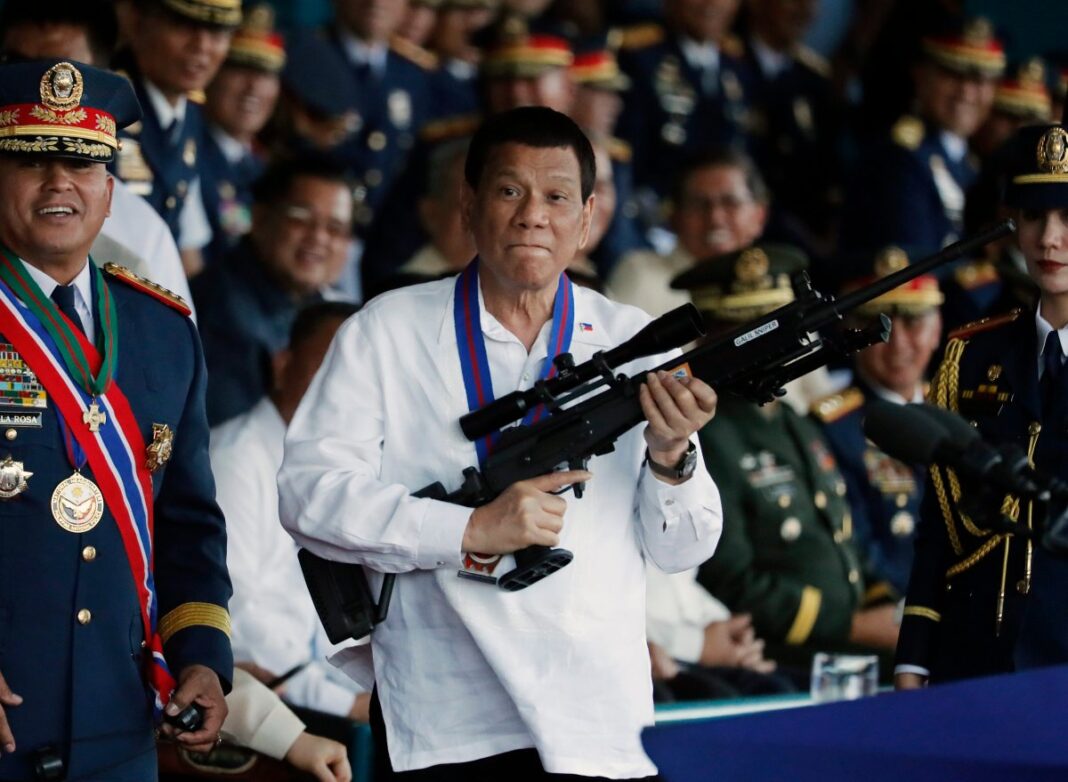 Judges at the International Criminal Court (ICC) on Wednesday authorized an investigation into possible crimes against humanity conducted during Philippine President Rodrigo Duterte’s violent “war on drugs”. They stated alleged extrajudicial killings represented a “widespread and systematic attack” against civilians.

Judges said there was a “reasonable basis” to believe that the crime against humanity of murder had been committed in the crackdown, which has killed as many as tens of thousands of people.

Duterte pulled Manila out of the Hague-based court in 2019 after it launched a preliminary inquiry, but the ICC said it had jurisdiction over crimes committed while the Philippines was still a member.

The ICC judges added the “so-called ‘war on drugs’ campaign cannot be seen as a legitimate law enforcement operation, and the killings neither as legitimate nor as mere excesses in an otherwise legitimate operation”.

Evidence suggested that a “widespread and systematic attack against the civilian population took place pursuant to or in furtherance of a state policy”, they announced in a statement.

The former ICC chief prosecutor Fatou Bensouda had asked judges in June to authorise a full investigation into allegations that police unlawfully killed potentially tens of thousands of civilians.

The case will be taken up by her successor, Karim Khan, who took over shortly afterwards.

The drugs crackdown is Duterte’s signature policy initiative and he defends it fiercely, especially from critics such as western leaders and institutions that he says do not care about his country.

The firebrand leader was elected in 2016 on a campaign promise to get rid of the Philippines’ drug problem, openly ordering police to kill drug suspects if their lives were in danger.

At least 6,181 people have been killed in more than 200,000 anti-drug operations conducted since July 2016, according to the latest official data released by the Philippines in July this year. ICC prosecutors in court papers estimate the number of people killed to be between 12,000 to 30,000.

Prosecutors said Manila had not denied people were killed during police operations but “ instead consistently contended that these deaths resulted from officers acting in self defence”.

Duterte drew international censure when he pulled the Philippines from the court. The judges added that even though the Philippines had withdrawn as a state party to the court, the alleged crimes took place while Manila was still signed up to the Rome statute, so it could still investigate them.

Set up in 2002, the ICC is a so-called court of last resort and only becomes involved in the world’s worst crimes if its member states are unable or unwilling to do so. The investigation will also cover alleged killings in the southern Davao region between 2011 and 2016, when Duterte was mayor. They were allegedly committed by police officers and vigilantes, including a group calling themselves the “Davao death squad”.

“Persons involved in these killings in some cases appear to [be] the very same people that were later involved in the ‘war on drugs’ campaign,” ICC prosecutors continued.

The majority of victims were young men suspected of small-scale drug dealing or minor crimes such as theft and drug use “while gang members and street children were also killed”, prosecutors said.

The tough-talking Duterte has repeatedly claimed the ICC has no jurisdiction over him and that he will not cooperate with what he has called an “illegal” investigation, even threatening to arrest Bensouda at one point.

“Victims’ families and survivors have reason to hope that those responsible for crimes against humanity could finally face justice,” added the Human Rights Watch researcher Carlos Conde.