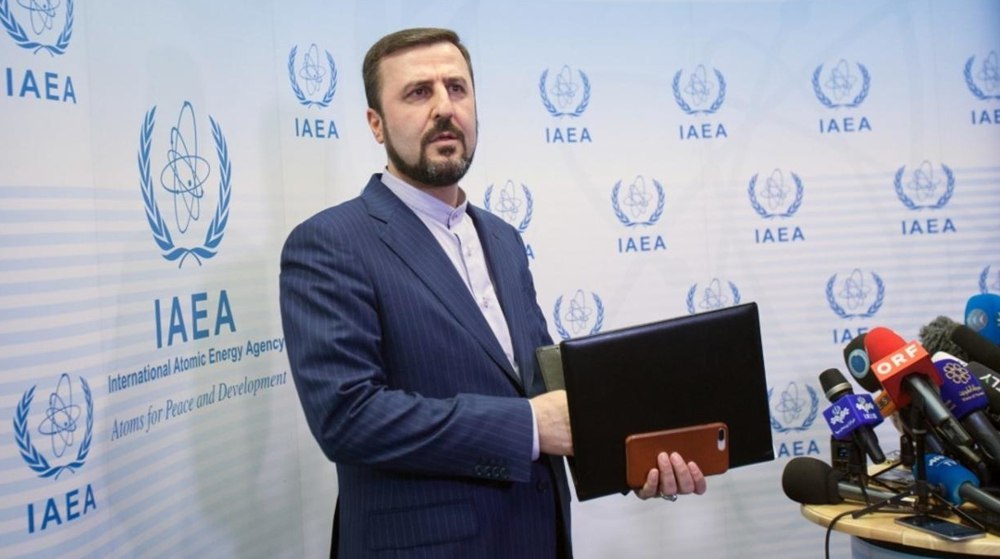 Iran’s permanent representative to Vienna-based international organizations has called on the International Atomic Energy Agency (IAEA) to ensure confidentiality of safeguards information after a confidential report by the UN nuclear watchdog on the Natanz facility was leaked to the media.

Kazem Gharibabadi made the remarks in a post on his twitter account on Friday as the confidential IAEA report obtained by Reuters said the Islamic Republic plans to install three more cascades, or clusters, of advanced IR-2m centrifuges in the enrichment plant in the central city of Natanz.

“In a letter dated 2 December 2020, Iran informed the Agency that the operator of the Fuel Enrichment Plant (FEP) at Natanz ‘intends to start installation of three cascades of IR-2m centrifuge machines’ at FEP,” the IAEA’s report to its member states said.

Gharibabadi wrote, “@iaeaorg confidential report, based on Iran’s confidential letter, appeared in Media immediately even before the BoG Members could track it down,” referring to the IAEA Board of Governors.

“Agency is not merely responsible to update the development, but shall ensure confidentiality of safeguards information,” he added.

“If neither the Agency nor its Member States are to be blamed for this crack in confidentiality, @iaeaorg should revise its confidentiality mechanisms including regarding using GovAtom as the safe and confidential means for communications.”

GovAtom is a service provided by the IAEA to its Member State representatives. It provides them with online documentation on the work of the Board of Governors and its Committees.

Additionally on Friday, Russia’s Permanent Representative to International Organizations in Vienna Mikhail Ulyanov criticized the leaking of the confidential IAEA report on Iran.

“Yet another confidential #IAEA report on #Iran was leaked to mass media immediately upon its circulation in Board of Governors. The Ambassador of Iran in his Twitter account has already reacted by suggesting to strengthen mechanisms of confidentiality. Good idea but will it help?” he asked.

Iran showed to the world the peaceful nature of its nuclear program by signing the Joint Comprehensive Plan of Action (JCPOA) with six world states — namely the US, Germany, France, Britain, Russia and China — in 2015. The nuclear deal was also ratified in the form of a UN Security Council Resolution 2231.

However, Washington’s exit in May 2018 and the subsequent reimposition of unilateral sanctions against Tehran left the future of the historic agreement in limbo.

Tehran remained fully compliant with the JCPOA for an entire year, waiting for the co-signatories to fulfill their end of the bargain by offsetting the impacts of Washington’s bans on the Iranian economy.

As the European parties failed to do so, Tehran moved in May 2019 to suspend its JCPOA commitments under Articles 26 and 36 of the agreement covering Tehran’s legal rights.