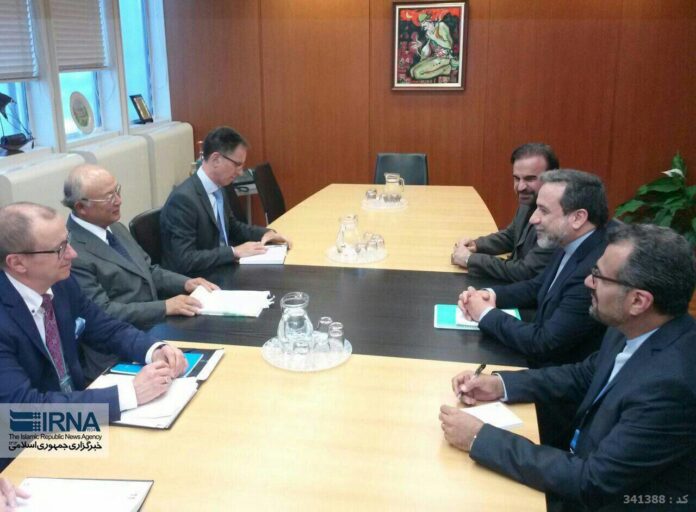 Yukiya Amano, the Director General of the International Atomic Energy Agency, has praised Iran for cooperating with the IAEA and living up to its commitments under the nuclear deal it signed with world powers.

In a Thursday meeting with Iran’s Deputy Foreign Minister for Legal and International Affairs Seyyed Abbas Araqchi in Vienna, Amano praised the Islamic Republic for its good and constructive cooperation with the IAEA and fulfilling its nuclear obligations as confirmed in the IAEA reports.

He also expressed hope that the parties to the nuclear deal continue to fulfil their pledges under the Joint Comprehensive Plan of Action (JCPOA).

Araqchi, for his part, elaborated on the main policies of the Islamic Republic towards the JCPOA and its commitments under the nuclear deal.

He also emphasized the IAEA’s important and sensitive role in the impartial and professional implementation of the nuclear deal between Iran and the world powers.

The Iranian diplomat also strongly slammed the new US government for its non-constructive approach towards the nuclear deal as well as its breach of promises.

The meeting was held ahead of the JCPOA Joint Commission which is going to be held on Friday in Vienna. The meeting is set to be attended by representatives of the Islamic Republic of Iran as well as the P5+1.