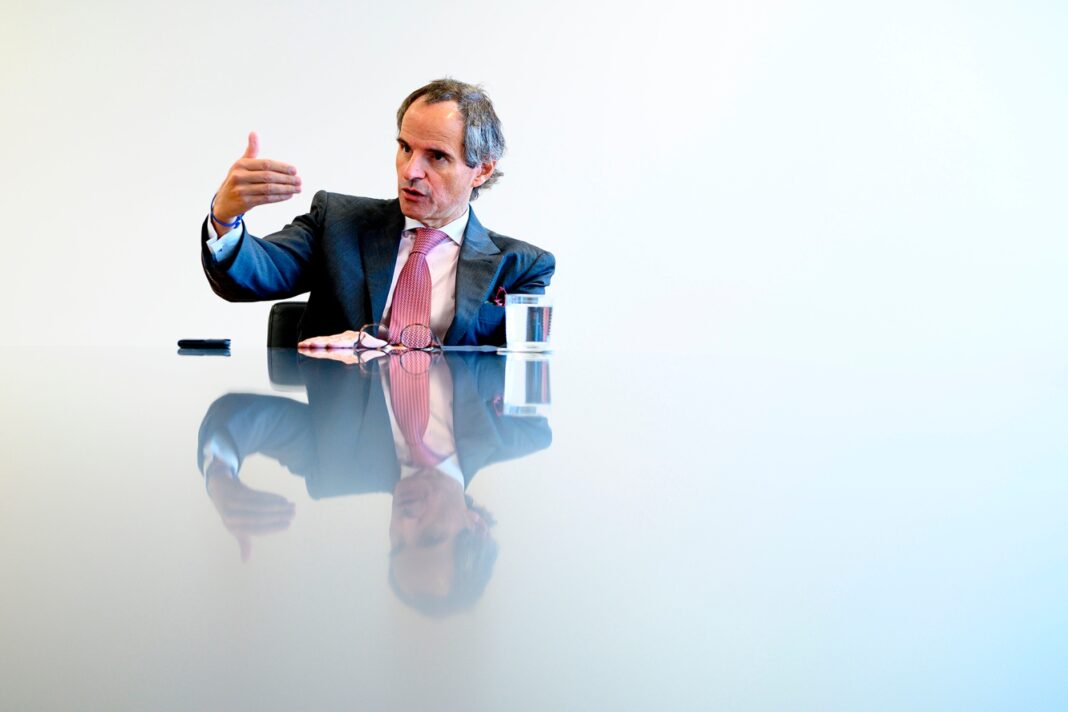 The head of the United Nations (UN) nuclear watchdog says he wishes to meet with Iranian President Ebrahim Raisi soon to build a relation of "mutual trust and confidence".

The Director-General of the International Atomic Energy Agency (IAEA), Rafael Grossi, spoke about Iran’s recent decision to restart nuclear talks before the end of November in an interview with Euronews.

Negotiations to revive the Iran nuclear deal, officially called the Joint Comprehensive Plan of Action (JCPOA), have been taking place in Vienna with Germany, France, the United Kingdom, China, Russia and indirectly the United States. But the process reached an impasse after Raisi won the presidency in June.

Grossi, who, as IAEA chief, acts as guarantor of the whole agreement, said he hasn’t yet met President Raisi but hopes to do it soon to build a relation of “mutual trust and confidence”.

“Our relationship with Iran is a permanent one, it’s not predicated on the JCPOA or other things. It’s a permanent relationship based on their membership on the Treaty on the Non-Proliferation of Nuclear Weapons, which requires all countries in the world to have a system of inspections,” he continued.

“Of course, there are ups and downs as in any relationship, and we are always making every possible effort to keep it at a good level. And this has been my message all along,” the IAEA chief added.

The director called on Iran to allow the agency to replace the monitoring and surveillance equipment installed in the country’s nuclear sites.

IAEA inspections are an essential part of the 2015 deal and have become in recent years an important point of contention.

“I think diplomacy cannot fail. We have to make sure that every element is there and it is possible to have a sort of a modus vivendi,” he stated.

“Iran can continue with its nuclear programme within important limitations and giving, at the same time, all the necessary assurances to the international community that nothing is incorrect or not in the way it should be. And for that, you have the inspectors,” Grossi added.

The chief had stated he expects to visit Tehran before the end of next month for talks with Iranian officials over the country’s nuclear programme.

On Wednesday, Iran announced it will resume negotiations with world powers in November on reviving the nuclear deal.

Iran’s Deputy Foreign Minister Ali Bagheri Kani said he and coordinator of the nuclear deal’s joint commission Enrique Mora have agreed to the resumption of the Vienna talks before the end of November.

The Iran nuclear deal plunged into disarray after former US president Donald Trump pulled Washington out of the agreement in 2018.
Following his withdrawal, Trump reinstated harsh sanctions on Iran. In response, the Islamic Republic rolled back its obligations under the deal.