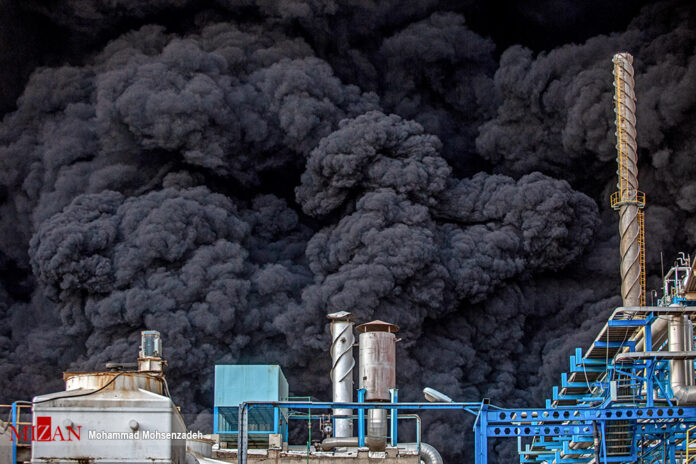 Several people, including firefighters, have been injured in a huge fire that engulfed an alcohol factory in the central Iranian city of Qom.

The fire broke out on Sunday morning at Movalledan factory in Qom’s Shokouhiyeh Industrial Town, south of Tehran.

Over 100 firefighters were dispatched to contain the fire. Two firefighters were seriously injured and were transferred to the medical centres by emergency agents, according to Hamid Karimi, a spokesman for Qom Fire and Safety Services.
Several other people were also injured, some seriously.

The cause of the incident is not clear yet, but the fire was contained after a few hours.
Two fire engines and at least 10 cars were totally destroyed in the fire.