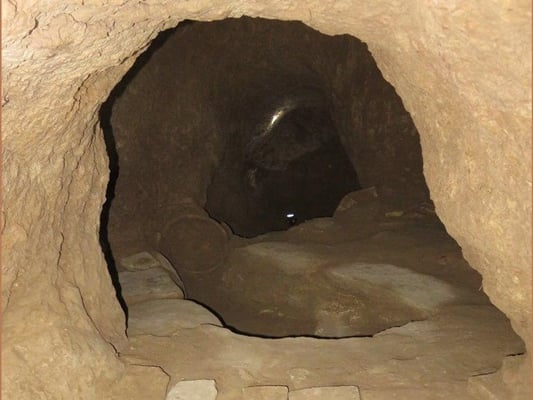 A complicated water transfer system dating back to the mid-Islamic centuries has been unearthed in central Iran.

The system was dug out during archaeological excavations at the underground city of Nooshabad  located in Aran va Bidgol town in Isfahan province.

“The system which contains historical water structures was probably built during the two historical Ilkhanate and Safavid eras,” says Zahra Sarookhani, the head of the archaeological team.

She says archaeological excavations and relevant studies should be completed in order to establish whether the findings date back to the pre-Islamic era and whether the system was used for a special purpose.

The archeologist also said the fifth phase of archaeological excavations at Nooshabad is underway with the permission of the research centre of the Cultural Heritage Organization of Iran.

“As archaeological excavations continue in the near future, the water structures in Nooshabad city together with its museum site will turn into a water museum,” she said.

The archaeologist noted that the findings in Nooshabad suggest there used to be a special social system, which is of interest to experts on social studies as well as archaeologists.