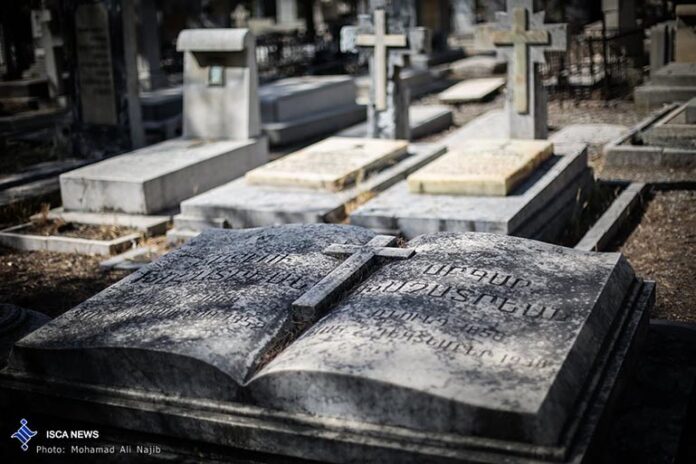 The graveyard dates back to the Zand era when a number of Armenian stonecutters took up residence in Tehran.

The historical cemetery of Armenians in Tehran was registered on the list of national monuments in 2000. Its largest section, a plot 47,000 square meters in area, is dedicated to Christians of Armenian origin. Catholic, Orthodox, Assyrian and Chaldean Christians have the largest share of the remainder of the cemetery space.

All but half of the Catholic section of the cemetery belongs to the Poles and the rest is the ultimate resting place of Christians of French, Italian, British, German origin and other foreign nationals.

The graveyard dates back to the Zand era when a number of Armenian stonecutters took up residence in Tehran.

Interesting images and specially-designed stones, including a pilot’s gravestone which looks like a propeller or terraced graves of a young girl and boy which lead underground catch every visitor’s eye.

The following are photos of the historical cemetery different websites have released: