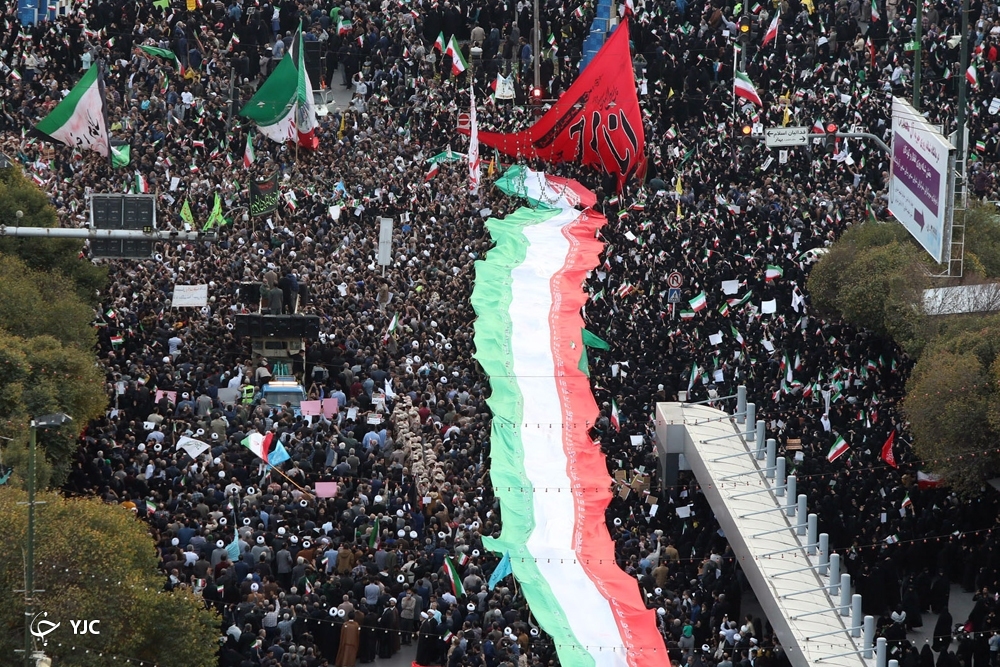 The head of Lebanon’s Hezbollah resistance movement Sayyed Hassan Nasrallah has said the huge processions that came in the aftermath of the Shiraz terror attack amounted to a "decisive message" to Iran's enemies that all their hostile efforts against the Islamic Republic would end in failure.

During a speech on Saturday, the Hezbollah chief pointed to the monumental rallies that took place earlier on Saturday following a terrorist attack on the southeastern Iranian city of Shiraz.

The tragedy saw an armed Daesh-affiliated terrorist storming Shah Cheragh — a sacred and popular Shia shrine in the city – and shooting indiscriminately at pilgrims. Scores were martyred and injured during the assault.

The huge processions that came in the aftermath of the attack, Nasrallah noted, amounted to a “decisive message” to Iran’s enemies that all their hostile efforts against the Islamic Republic would end in failure.

The rallies indicated “the Iranian people’s support for the country’s [Islamic] establishment, and spelled despair for all those who are contemplating malicious activities against the country,” the Hezbollah chief stated.

Elsewhere in his remarks, Nasrallah attributed the Israeli regime’s recent inking of a maritime deal with Beirut to Tel Aviv’s fear of engaging in another conflict with his movement.

The resistance had threatened not to allow extraction of gas from the disputed Karish natural gas field in Eastern Mediterranean before conclusion of an agreement that would meet Beirut’s demands, he noted.

Emphasizing that the resistance’s threats confronted the Zionist regime with the prospect of a conflict with the movement and even a regional war, Nasrallah added, “It was [only] after the American and Israeli sides realized that the resistance was serious about what it says and witnessed [the resistance’s] drones over Karish, that the agreement came about.”

The remarks came two days after the Lebanese government and the Israeli regime separately signed a US-brokered deal that demarcated the maritime border in the Mediterranean Sea even though the two sides remain technically at war.

The revered resistance leader also expressed satisfaction that Lebanon had achieved whatever it had desired in negotiating the agreement, hailing it as a “historic victory.”

“Lebanon had insisted on gaining access to all the maritime blocks that exist in its own special territory, and [eventually secured] complete access to all of them,” Nasrallah said, noting that the deal marked a “great and historic victory” for the people of Lebanon as well as the resistance movement.

He, however, pointed to an exception, namely the status quo of a 2.5 square kilometers (0.9 square miles) of remaining maritime expanse, whose final status was yet to be determined.

Hezbollah considers the remaining territory to be occupied waters, which have to be freed from Tel Aviv’s occupation, Nasrallah added.