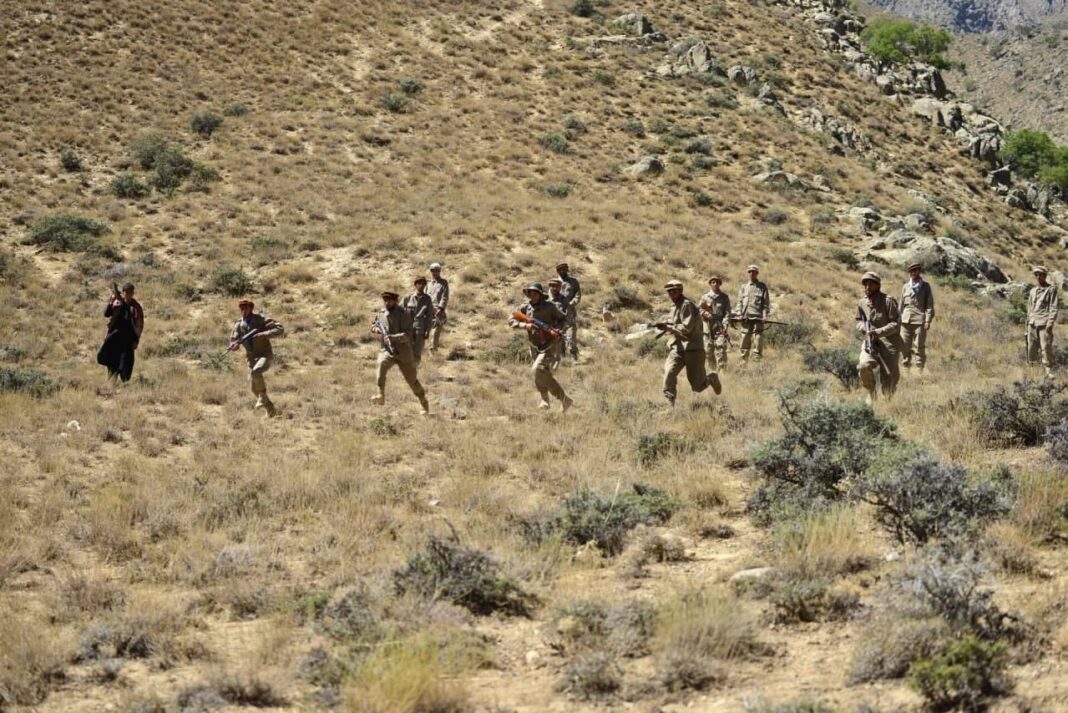 Fighting in Afghanistan's last major holdout against the Taliban rule continued after the leader of the resistance movement in Panjshir Valley called for a “national uprising” against the militant group.

“Since Sunday night, the positions of resistance fighters have been attacked by drones, so many of them had to retreat and leave for high-mountain areas. On Monday, intensive clashes continued and they have been underway until now,” a source close to the National Resistance Front (NRF) in the region told TASS on Tuesday.

The source noted that the fighting is also underway in Andarab district in the neighboring Baghlan province.
According to the source, due to the tense situation in the Panjshir Gorge and constant shelling on the part of the Taliban “the majority of local residents left their homes and went high into the mountains”.

Additionally, the source confirmed information that the Taliban made public earlier that the movement managed to capture the office of the region’s governor as well as the mausoleum of Ahmad Shah Massoud (1953-2001), the father of Ahmad Massoud who leads the armed resistance in the province.

On Monday, Taliban Spokesperson Zabiullah Mujahid reported that Panjshir was completely controlled by the Taliban and the war on Afghanistan’s territory was over.
In his turn, Ahmad Massoud announced that the resistance to the radicals continues, urging all Afghanistan’s citizens to join the national uprising.

After the Joe Biden administration had announced the end of Washington’s 20-year-long military operation in Afghanistan and the launch of its troop pullout, the Taliban embarked on an offensive against Afghan government forces.

On August 15, Taliban fighters swept into Kabul without encountering any resistance, and gained full control over the Afghan capital within a few hours. Afghanistan’s President Ashraf Ghani claimed he had stepped down to prevent any bloodshed and subsequently fled the country. Vice President Amrullah Saleh announced that, in the absence of the head of state, the constitution empowered him to become the caretaker president and urged the Afghan people to join the resistance against the Taliban.