An Iranian educational official has dismissed the controversy over the omission of certain texts about the crimes committed by the Russian Empire from the Iranian school-books, denying reports about deliberate distortion of the history.

Director of the Iranian Organization of Educational Research and Planning, Ali Zou-Elm, has given journalists a description of the reports that a number of sections about the crimes committed against Iran by the Russian Empire have been omitted from the high school Persian literature books.

“Our fundamental view about what has happened in history is that the Tsarist Russia’s crimes could not be omitted (from the school-books), and we do not deny the Eastern Bloc’s hegemonic style of interaction under the Soviet Union either, and we’ll never omit them (from the textbooks),” the Iranian cleric added.

The fact that the Russian Federation is currently working and interacting with Iran does not mean that a period of history could be ignored, he added, stressing, “We disapprove of manipulation of history.” 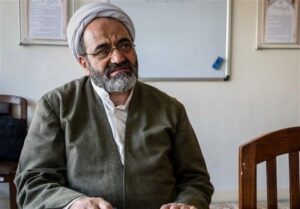 Zou-Elm also noted that the omission of certain texts about Russia from the school-books has not taken place during his term, saying the issue will be carefully examined and the necessary revisions will be definitely made to the textbooks if it becomes clear that the changes have been unfair.

He further denounced the US government’s attempts to create division between the religious schools and universities of Iran, between the Iranian government and nation, or between the Shiite and Sunni Muslims, saying the White House had hatched a plot at the beginning of the Islamic Revolution to disintegrate Iran and derail the revolution.

Zou-Elm finally lashed out at the US government for its moves to “attract the thoughtful brains of the Iranian youth”, foment Islamophobia, and assassinate top Iranian commander Lt. General Qassem Soleimani.