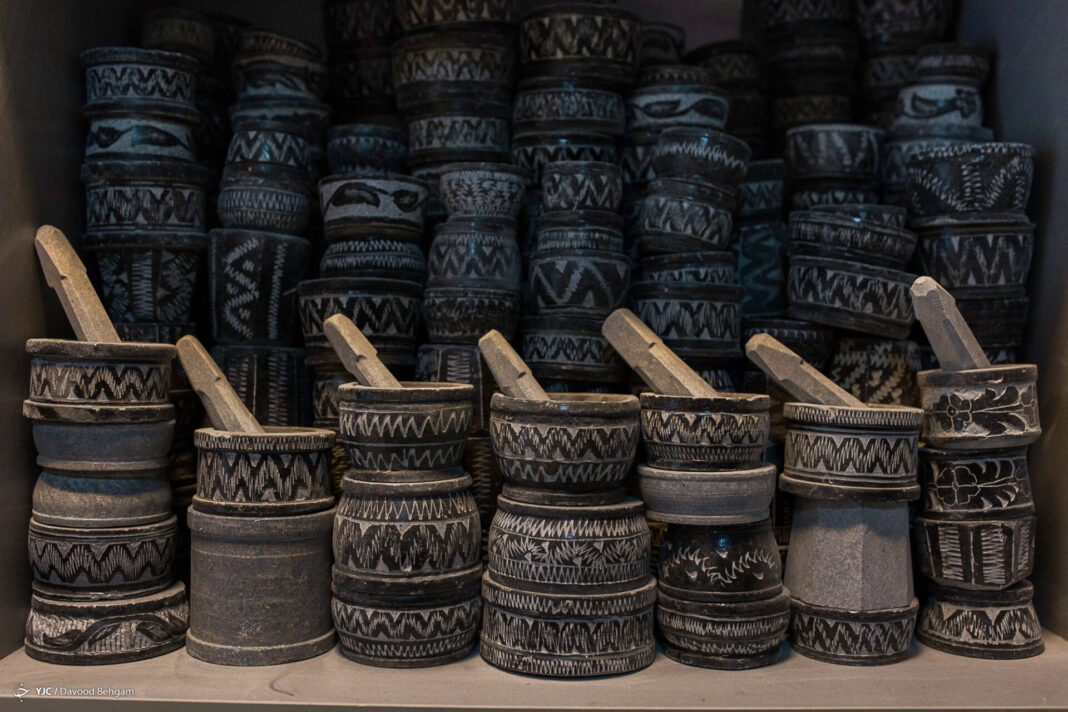 Harkareh stone pots are traditional utensils of northeastern Iran, which are believed to have many medicinal and effective properties.

The people of Mashhad in north-eastern Iran make special pots using the rocks taken from Kouh-e Sangi, the most famous mountain around the city.

Despite the influx of Teflon and Pyrex utensils, some families still prefer to make broth or even some stews in these pots.

“Serpentine” stone with the local name of “Harkareh”, which means a pot that does everything, is taken from the southern mountains of Mashhad and is transferred to workshops to be turned into dining utensils, such as stone pots, bowls, glasses, decorative items, samovars, etc.

Harkareh is famous for its flexibility. Enjoying iron and magnesium ions in their structure, these dishes have many medicinal and effective properties against diseases such as anemia and osteoporosis.

In addition to reducing the amount of water in the food, these utensils provide the nutrients needed by the body by releasing the beneficial salts in the stone, and gradually provide the food with the extra flavour it needs.

Stone utensils can be used to cook broth, stews, and other dishes, but they never cook rice or fry anything in them.

After being extracted from the mine, the stones were polished with tools such as an axe, and compass in the workshop.

With the help of a hatchet, they cut the unevenness of the stone and make a hole in it. After that the desired inscriptions are etched on the container.

Today, despite the new technology, this is done with a machine, which both facilitates the work and speeds up the production of dishes.

Mines of this particular stone can be found in region such as Zanjan, Sistan, Kerman, Khoy, Mako, Sabzevar, Torbat Heydariyeh and Birjand, but its major source of extraction is the mines around the holy city of Mashhad.