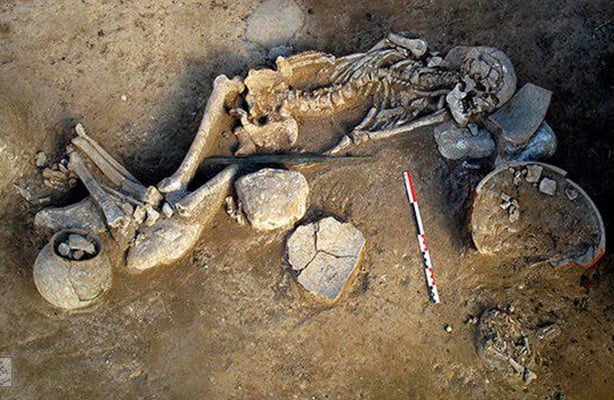 Iranian officials say the body of a forty-year-old man and his weapons belonging to 3 thousand years ago have been discovered in Rostamabad near Rasht in northern Gilan province.

Shahram Ramin, who is a member of discovery team, says in the explorations of this site, several graves were discovered with burial gifts. “The works found next to them show that these graves belong to the Iron Age.”

According to Ramin, this site was at risk of destruction due to the implementation of a construction project; therefore, a team of archaeologists began the emergency exploration of the site. 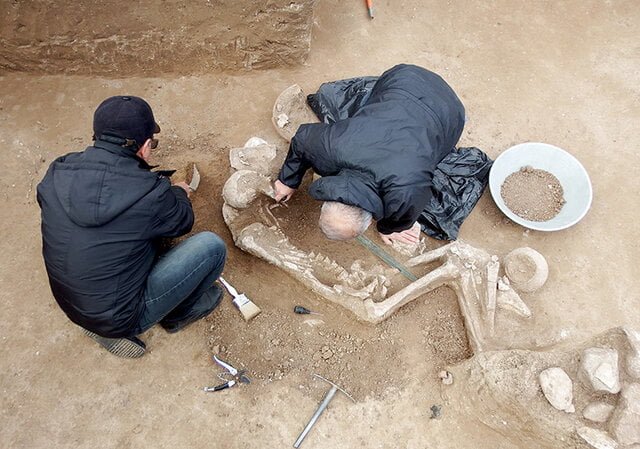 “The skeleton belongs to a forty-year-old man with a height between 160 and 167 centimetres. Considering the importance of it, the team plans to register the grave and the findings by laser. In addition to the Iron Age graves, a number of tools have been discovered at lower depths, which according to preliminary studies by the experts of the National Museum of Iran, are probably related to the Epipaleolithic period.”

This ancient site was explored for the first time by the Japanese archaeologists for five years between 1973 to 1978 followed by explorations by Mohammad Reza Khalatbari during the years 1986 to 1988.

The result was the acquisition of works from the first millennium to the Sassanid period.

Also, during excavations in 2014 by the archaeologists some graves belonging to the first millennium BC were discovered.