Gold, Forex Rates Decrease in Iran despite US Sanctions 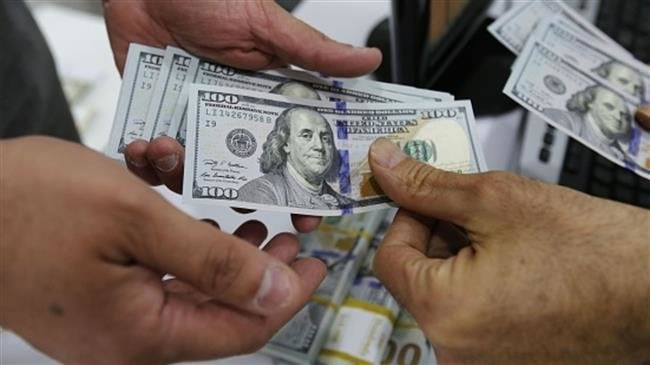 Market figures in Iran show the prices of the US dollar and gold – two key drivers of consumer prices - have been declining over the past week in what is seen as a clear defiance against earlier predictions that sanctions could trigger a price shock in the country.

The prices of the US dollar against the Iranian Rial saw a decline of around 10 percent from the closing hours of trading on Saturday until Wednesday – the end of trading in the week.

The hard currency was traded at Rials 144,000 on Saturday, but withdrew to as low as Rials 130,000 on Wednesday, according figures provided by bonbast.com – a key platform that provides the average market figures.

The drop in the price of gold has been wider. The price of the precious metal saw a slide of at least 13 percent over the same period.

Each Emami gold coin – which has a purity rate of 90 percent and weighs 8.13 grams –

Also, the price of each gram of gold declined from Rials 0.68 million on Saturday to Rials 0.65 million on Wednesday, down around four percent.

Iran has even devised an initiative to sell its oil to individual buyers in face of US sanctions that ban states from purchasing the country’s crucial fuel.

The initiative enables Tehran to put its oil barrels up for the grabs through its Energy Bourse. So far, two rounds of auctions have been held during which a collective of at least 1.4 million barrels of oil have been sold to international clients.

On Wednesday, Iran’s President Hassan Rouhani said the “oppressive” US sanctions would only harm the Iranian people, giving assurances that the country will prevail over the restrictive measures and will continue to sell its oil.

“The Americans thought they could completely cut Iran’s oil exports, but they realized themselves in the days [ahead of the reimposition of the sanctions] that this is neither practical nor possible,” he told a cabinet meeting in Tehran on Wednesday, referring to the waivers the US has granted to major buyers of Iranian crude after the sanctions against Tehran snapped back into place on November 5.

Rouhani further emphasized that the US sanctions will fail to affect Iran’s oil sales, saying, “We have so many ways of selling oil, and that will render their sanctions ineffective.”