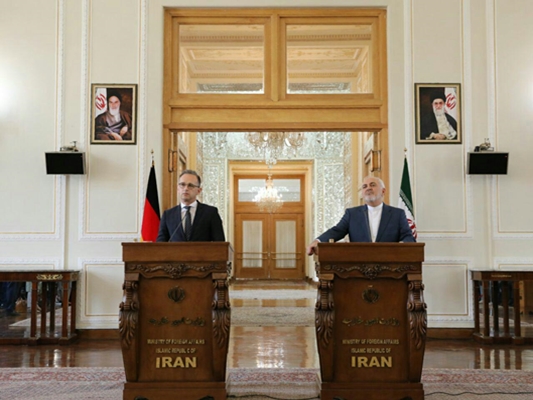 The German foreign minister has said that the common goal of all the remaining parties to the 20-15 Iran nuclear deal is to preserve the accord.

German Foreign Minister Heiko Maas, who is in Tehran to hold talks with Iranian officials to keep the JCPOA alive, has said during a joint press conference with his Iranian counterpart that holding negotiations over the nuclear deal at this juncture is very important.

Speaking at a joint press conference in Tehran, Heiko Maas acknowledged Iran’s economic rights under the pact, underlining that the EU is determined to operationalise the Instrument in Support of Trade Exchanges with Iran swiftly.

Maas said INSTEX and the EU payment system to do trade with the Islamic Republic will soon be launched.

He stressed Germany’s support for the JCPOA to safeguard Iran’s benefits from this historic deal. The German official further maintained that Berlin recognises Iran’s rights in the JCPOA and his country will help Iran financially.

Refering to his intensive talks with his Iranian counterpart Mohammad Javad Zarif regarding the Joint Comprehensive Plan of Action known as the JCPOA, he reiterated that the EU is willing to preserve the nuclear accord with Iran.

The German official also highlighted that the tension in the region has to be eased immediately because “the exisitng tensions in the region are very dangerous and should be prevented,” undelined Maas.

Describing the JCPOA as a the achievement of two years of diplomatic talks and efforts, the German FM said the EU has been seeking to compensate for the US withdrawal form the JCPOA.

For his part, Iran’s Zarif also underlined that the two sides held forthright and serious negotiations over the nuclear deal and regional issues.

He underlined that his talks with his German counterpart were fruitful on ways and means of reducing tensions. “No body can guarantee that those who create tensions in the region would remain safe,” added Iran’s Zarif. He warned that any new tension in the region would be blamed on US economic war on the Islamic Repulic.

Underscoring that the US has launched an economic war against the Islamic Republic, Zarif expressed hope to cooperate with Germany and other Europeans parties over the JCPOA.

Elsewhere in his remarks, Iran’s Zarif described Israel, and the United States as root causes of problems in the Middle East saying that the so-called deal of the century is a crime being committed by the US in the region.