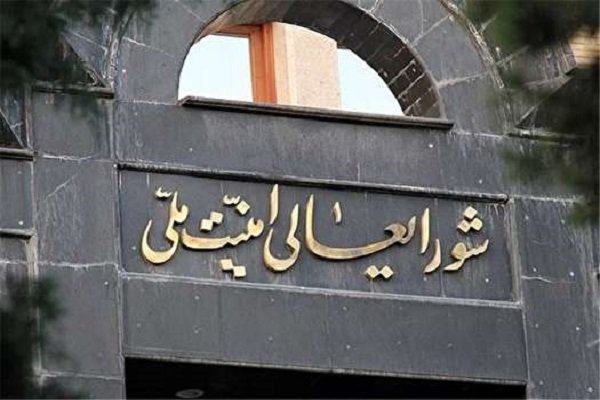 The Supreme National Security Council of Iran released a statement on the Wednesday, the first anniversary of the US’ withdrawal from the Iran nuclear deal, declaring Tehran’s decision to reduce some of its commitments under the Joint Comprehensive Plan of Action in reaction to the US’ violations.

What follows is the full text of the statement released on May 8, 2019:

The Supreme National Security Council of Iran issued an order on May 8, 2019, to stop the country’s implementation of some of its measures under the Joint Comprehensive Plan of Action (JCPOA) in a bid to protect the security and national interests of the Iranian people, and exercise the Islamic Republic’s rights stipulated in the Articles 26 and 36 of the JCPOA.

The decision was declared to the leaders of the member states of the JCPOA – including Germany, the UK, China, Russia, and France – in an important letter by President Hassan Rouhani, who is also the head of the Supreme National Security Council.

It’s been a year since the US’ illegal withdrawal from the JCPOA, and its breach of what passed by the UN Security Council. In violation of all internationally-recognized principles and in an instance of outright bullying, the country has re-imposed its unilateral and illegal sanctions against Iran. This blatant bullying behaviour by the US has unfortunately received no appropriate and reciprocal response from the UN Security Council or countries remaining in the deal.

During the past year, Iran has shown maximum self-restraint and given considerable time to other parties to the JCPOA upon their request, so that they could compensate for the impacts and repercussions of the US’ withdrawal. During the time, the “Joint JCPOA Commission” held two meetings at the level of deputy foreign ministers and two meetings at the level of foreign ministers. At these meetings, the countries remaining in the JCPOA explicitly admitted that the removal of sanctions and Iran’s enjoyment of the economic benefits resulting from the deal are vital parts of the JCPOA. To realize this objective, they undertook to devise “practical solutions” in order to normalize and even promote economic cooperation with Iran.

However, the Iranian nation’s goodwill gesture and smart self-restraint has remained unanswered, and except for some political statements, no operational mechanism has been established to compensate for the US sanctions. Therefore, in order to exercise its rights and return balance to the two sides’ demands under the deal, the Islamic Republic has been left with no choice other than “reducing its commitments”.

Hereby, we announce that the Islamic Republic of Iran, at the current stage, does not consider itself anymore committed to observing the limits agreed under the deal on its stocks of enriched uranium and heavy water stocks. The countries remaining in the nuclear deal are given 60 days to meet their commitments, especially in the banking and oil sectors. In case these countries fail to meet Iran’s demands during the two-month period, the Islamic Republic of Iran will, in the next stage, stop observing the limits on the level of its uranium enrichment, as well as the measures related to the modernization of Arak heavy water reactor. Whenever our demands are met, we will, to the same extent, resume the suspended commitments. Otherwise, the Islamic Republic will be suspending more commitments stage by stage.

The Islamic Republic of Iran stands ready to continue its consultations with the remaining parties to the deal at all levels, but it will swiftly and firmly react to any irresponsible measure, including returning the [nuclear] case to the UN Security Council or imposing more sanctions. In his letter to the leaders of JCPOA countries, President Rouhani has explicitly underlined the way Iran will react.

The window which is currently open for diplomacy will not remain open for long, and the US and other JCPOA parties will be held fully responsible for the failure of JCPOA and any possible consequences it may have.