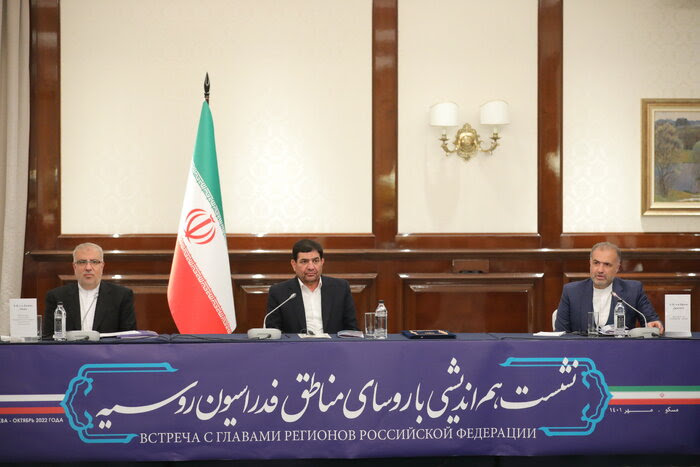 Mokhber, who is in Russia at the head of a high-ranking delegation to participate in the Second Caspian Economic Forum, underlined on Thursday evening the capacities of Astrakhan Free Trade Zone but noted that Iran and Russia should not limit themselves to it and have to devise a comprehensive plan for further development of economic cooperation.

Addressing Iranian and Russian economic delegations, Mokhber said, “We must use the existing capacities such as the Caspian Economic Forum, the Shanghai Cooperation Organization, and the Eurasian Union in a way that the people in the region benefit from these opportunities.”

Mokhber also noted Iranian President Ebrahim Raisi has stressed that the process of developing relations with Russia should be followed quickly and called on investors from both countries to set their goals higher.

Iran and Russia, both under harsh US-speared sanctions, have formed a united front to cushion the effects of sanctions by de-dollarization and other strategies.

The Iranian vice president stated that banking, insurance and money exchange are the biggest obstacles facing exporters and importers between the two countries and emphasized on the need for serious efforts to use their national currencies to make the restrictions ineffective.