France Showing Strong Support for Enhancing Its Ties with Iran 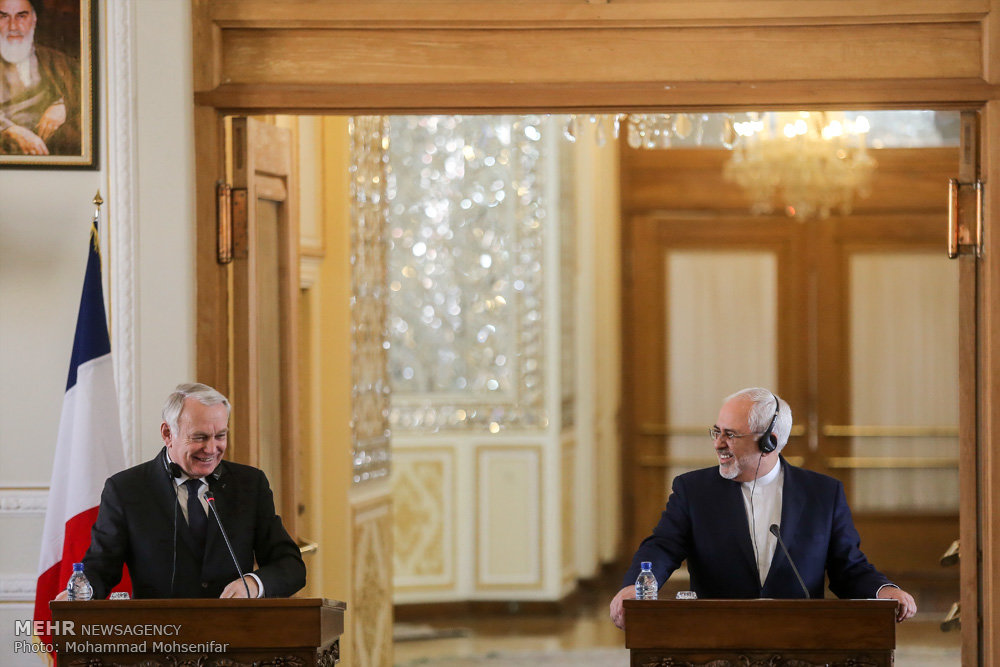 France is using a visit to Tehran by its Foreign Minister Jean-Marc Ayrault to show its support for the expansion of economic relations with Iran in the face of growing tensions resulting from what many see as the unfolding anti-Iran approach by US President Donald Trump.

Ayrault told a meeting of Iranian-French business leaders that last year’s nuclear deal with Iran had opened a new era that had already led to a major expansion of relations between the two countries.

He said that protecting the Iran nuclear deal – the Joint Comprehensive Plan of Action (JCPOA) – was “extremely important” for Paris.

The French top diplomat emphasized that it was the JCPOA that opened the way for France to move ahead with the expansion of its relations with Iran in all areas.

Ayrault said the expansion of France’s economic ties with Iran would benefit both countries, adding that Paris had never been so eager to develop relations with any other country.

He further named the deals that Iran had already signed with companies Total, Renault and Airbus as examples of French determination to promote economic ties with the Islamic Republic.

Nevertheless, Ayrault emphasized that the current banking hurdles remaining from the years that Iran was under sanctions still needed to be removed to further facilitate trade between the two countries.

The remarks by the French foreign minister came on the heels of a controversial decision by President Trump to ban Iranian nationals from entering the US.

Apart from Iran, citizens of Iraq, Libya, Somalia, Sudan, Syria and Yemen have also been banned from entering the US for a period of 90 days.

The move drew an immediate reaction from Iran with the country’s Foreign Ministry pledging a response in kind.

Ayrault had criticized Trump’s move upon arrival in Tehran on Monday.  He had called for avoiding any move that he said would promote discrimination against nationals of other countries – what he suggested Trump’s order would lead to.

The French foreign minister – who is heading a delegation of 100 businesspeople in his Tehran trip – had further announced that Paris would double visas for Iranians in 2017 in what was seen as a response to the US ban against Iranians.

Iran’s Foreign Minister Mohammad Javad Zarif told the same meeting of Iranian-French business leaders in which Ayrault was speaking that Tehran was determined to promote economic relations with the European countries, specifically France.

Zarif said the volume of Iran’s trade with France tripled after the implementation of the JCPOA and the subsequent removal of sanctions against Iran.  Nonetheless, he said there was still room for both countries to further increase their level of mutual trade.

He further said Iran counted on France – as a party to the JCPOA – to help remove the banking obstacles that were blocking the full exploitation of trade opportunities with Iran.