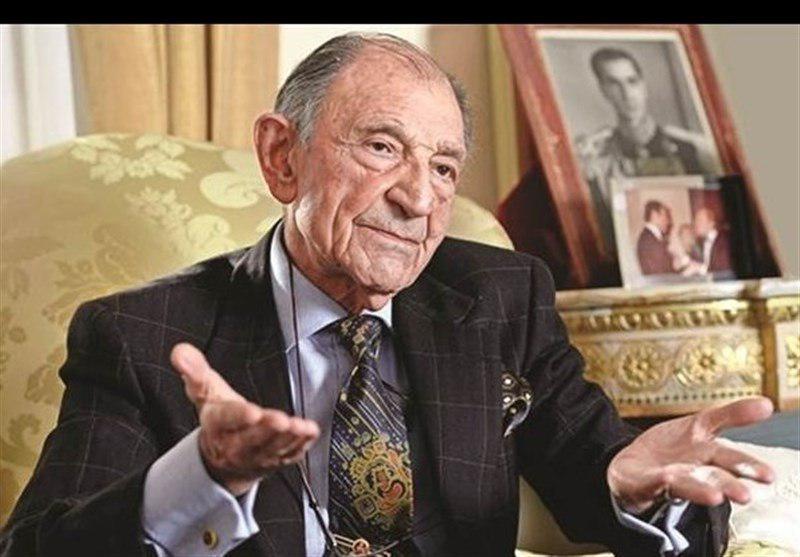 Ardeshir Zahedi, a former foreign minister under the rule of deposed Shah of Iran and his last ambassador to Washington, has praised the performance of the Islamic Republic in the past 40 years, calling the opposition "traitors."

“Today, Iran is different from 40 years ago. Today Iran has around 83 million population. Today, 60% of Iranians are educated. They can read and write. They have gone to first or secondary (junior high) school. 40 million of this are the people who have studied in Iran and at universities. And they have studied about different things. And they are the leaders of the future. 30 million of this 83 million I am talking about are the ones who are working, they are either doctors, graduates, the head of the hospitals, ministers, whatever, presidents of universities. Two third of these 30 millions are women, educated women. I am proud to say that because it is my country. And this has come up in the last 40 years,” Zahedi said in an interview with RT Ruptly on Sunday.

Asked about the economic problems in Iran, he said, “They have difficulties in economy for having such a big country. Yes. I fight for them. I don’t care who is the government. I do respect them, specially the last who started working because they work with a logic. And when I hear it I praise them.”

Zahedi was also asked about the son of the deposed Shah, Reza Pahlavi, who is attempting to rally support inside and outside Iran to form a government to replace the Islamic Republic, and he said, “The Americans want the regime change. And one of the options is him (Reza Pahlavi). They are wishful and I don’t want it because he is like a son or family (member) to me. But generally speaking about the oppositions, where do they get the money from? Who is going to support them? How much army do they have in their hand? It is not easy to just walk like this to Iran. Iran today has army, has police and all the things that we used to have. How are they going to go there? They want to go there on a special jet? These are their wishful thinking. I do not pay any attention to them because unfortunately I know that many of them are kind of in a way corrupt, I can call them, who receive money from the foreigners against their own people and I would call them a traitor, ” he said.

Ardeshir Zahedi, in his 90s, currently lives in Switzerland. He was the foreign minister of Pahlavi for three years during the premiership of Amir Abbas Hoveida. He is considered as one of the dissidents and opponents of the Islamic Revolution of Iran but has sometimes criticized the West’s positions against Iran, specially in the field of its nuclear program.

His last letter in support of the Islamic Republic’s policies had enraged many in the opposition, specially the monarchists led by the son of the deposed Shah.