Iran’s Foreign Minister Mohammad Javad Zarif has lashed out at the new allegations raised by the US Ambassador to UN against Iran on sending weapons to Yemen, saying that these are attempts to create Iranophobia.

In a tweet on Monday, Zarif wrote, “In the fake news department, Trump & Co. attempt to create an Iranphobic narrative at the UN Security Council — through wining and dining and fake “evidence” provided by a warring neighbor—that would pass muster with only the same desperate neighbor & its accomplices in war crimes.” 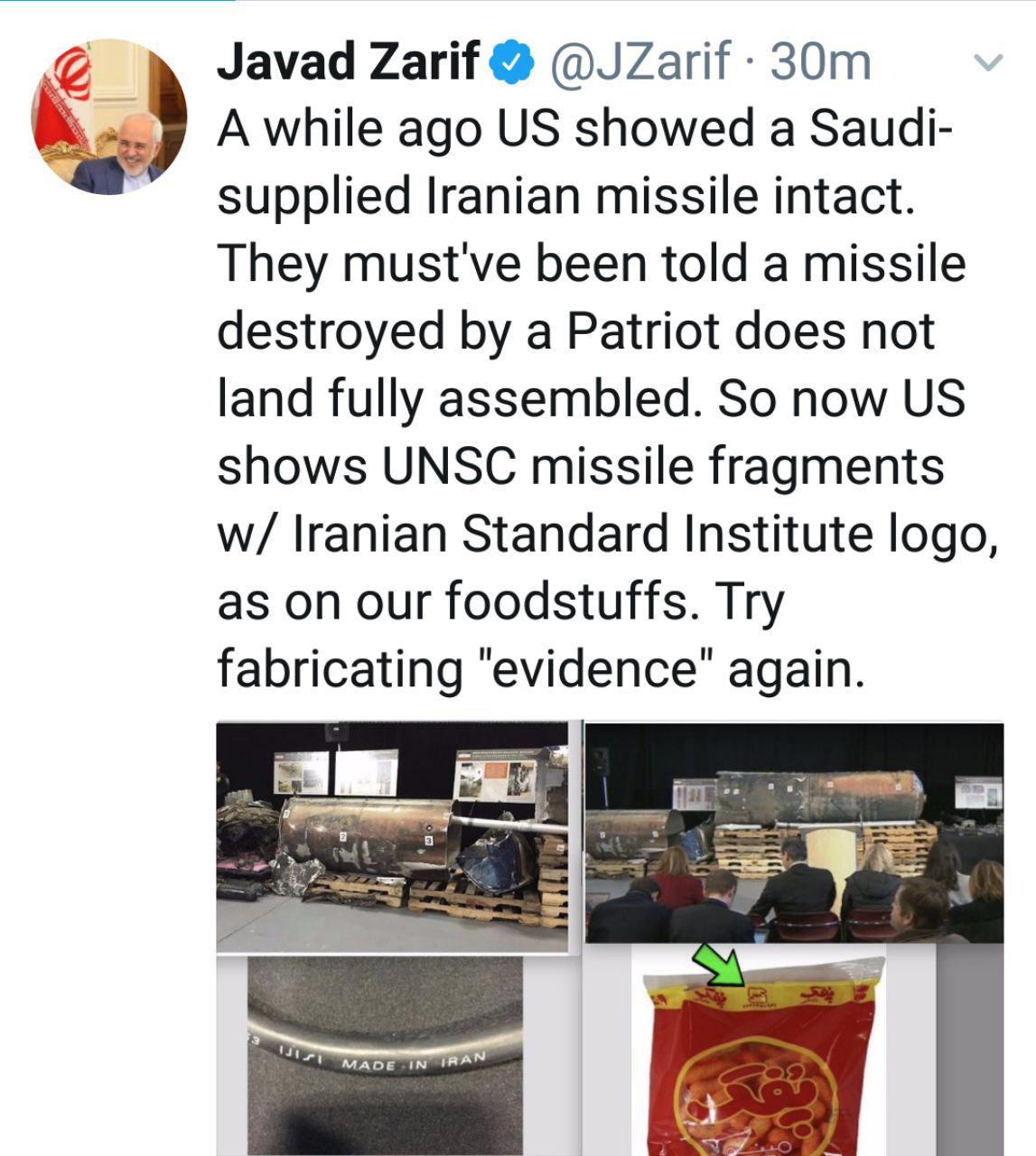 In another tweet later on Tuesday morning, Zarif said, “A while ago US showed a Saudi supplied Iranian missile intact. They must’ve been told a missile destroyed by a Patriot does not land fully assembled. So now US shows UNSC missile fragments w/ Iranian Standard Institute logo, as on our foodstuffs. Try fabricating “evidence” again.”

The Iranian top diplomat’s comments came after US Ambassador to the United Nations Nikki Haley claimed in a tweet that “We brought the Security Council to DC to see first-hand evidence from the Department of Defense of Iran’s illegal weapons program. These violations cannot continue.”

On Monday, US President Donald Trump dined with members of the UN Security Council, who are discussing “evidence” that allegedly shows Iran is arming rebels in Yemen.

Trump said before the lunch meeting Monday at the White House “We’re helping the world.”

The guests included Haley and a couple of foreign ambassadors. Among the attendees were ambassadors from China, France, Russia and the United Kingdom.

The attendees were shown missile remnants that the US claims are proof that Iran has been arming rebels in Yemen; a claim that Tehran has emphatically denied for many times.