Flight Captained by Two Women for First Time in Iran 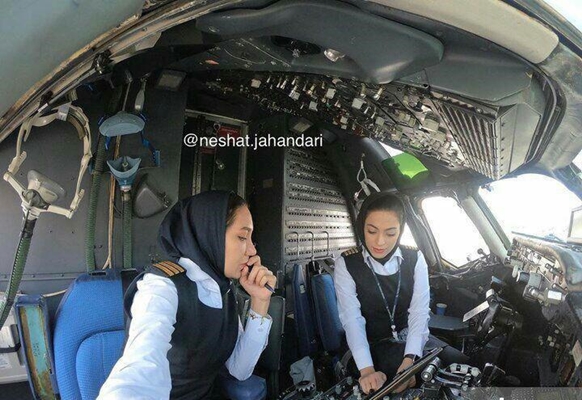 For the first time in Iran, two women pilots have captained a flight, which took over 160 passengers from Tehran to Mashhad and brought almost the same number of people back to Tehran.

Pilot Neshat Jahandari and co-pilot Forooz Firoozi were the captains of the flight to Mashhad with 160 passengers on board and back to Tehran with 171 passengers aboard on Monday.

A photo of the cockpit with the two women was released by Jahandari on her Instagram page.