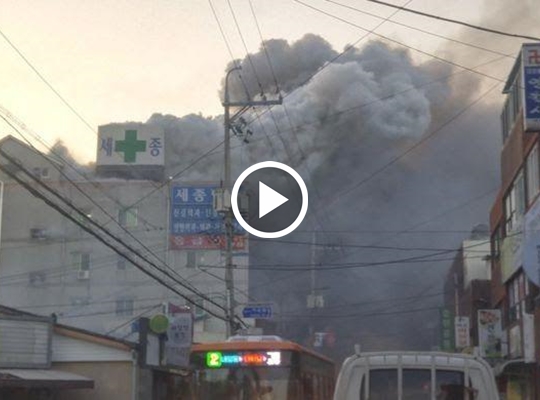 At least 37 people have been killed and more than 70 injured after a hospital fire in the South Korean city of Miryang on Friday.

Initial reports indicate that around 200 patients were inside the building and the adjoining nursing home at the time of the fire, the cause of which remains unknown.

The blaze is thought to have started in the emergency room at Sejong Hospital.

If the reports are true, the fire would be one of the deadliest South Korea has suffered in recent years, with the death toll still expected to rise.

Firefighters said the victims appeared to have died from smoke inhalation. Three hospital medical staff – a doctor, nurse and nursing assistant – are among the victims, BBC reported.

Authorities have given varying death tolls, with police earlier saying 41 had died, but fire officials and hospital sources now say at least 37 are dead.