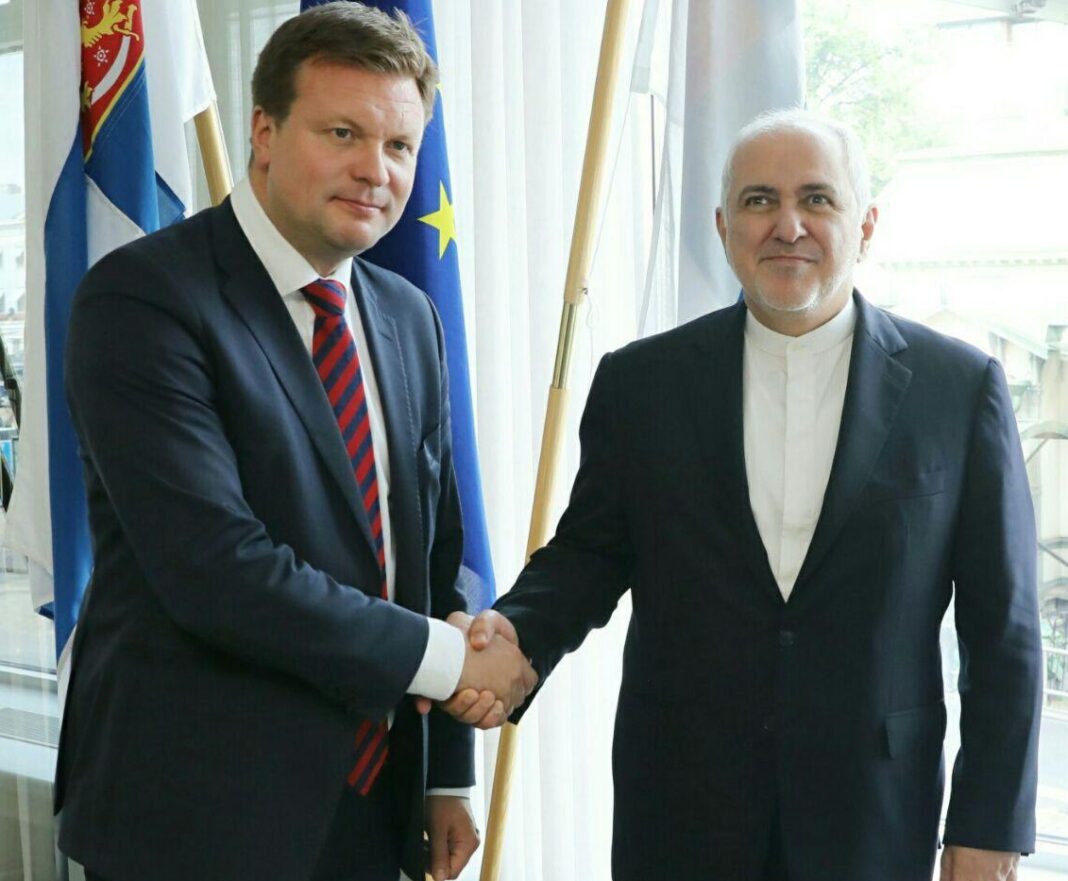 A Finnish minister has expressed his country’s willingness to promote cooperation and business ties with Iran, considering that Finland holds the rotating presidency of the EU.

In a Monday meeting with Iranian Foreign Minister Mohammad Javad Zarif in Helsinki, Finland’s Minister for Development Cooperation and Foreign Trade Ville Skinnari described his country’s rotating presidency of the European Union as an opportunity for the expansion of business and economic cooperation between Iran and Finland.

“Finland hopes that economic cooperation between the two countries would increase, and we deeply regret that the US has withdrawn from the JCPOA and that it has had consequences for the Iranian people’s lives, and are worried about the escalation of tensions; however, Finland’s role as the president of the European Union will be constructive in the reduction of tensions,” Skinnari added.

For his part, Zarif said Finland’s rotating presidency of the EU could help implement the 2015 nuclear deal and normalize Iran’s foreign trade relations.

“Also within the framework of the JCPOA, the business people and economic activists have had higher expectations from Europe,” he added.

“The US’ unilateral measures will not be limited to Iran, and have also targeted the other European partners. In order to counter the unilateral measures and mitigate the effects of US economic war against Iran, which affect people directly, there are approaches such as boosting bilateral trade and exercising multilateral interaction in the form of initiatives like the INSTEX,” Zarif stated.

The top Iranian diplomat is in Finland for a tour of Scandinavia that will take him later to Norway and Sweden.