Who has the final say in the US? 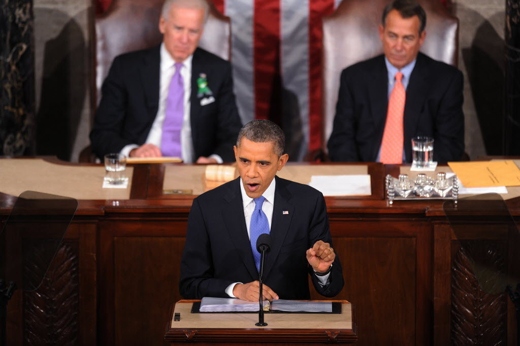 The president of the National Iranian American Council (NIAC) says that imposing sanctions on Iran used to be the safest political move, but today it means supporting war, which is likely to carry a tremendous political cost.

Trita Parsi, the president of the National Iranian American Council (NIAC), has described the decision of the US Congress to hold up new anti-Iran sanctions as a shift in Washington’s Iran policy.

On February 7, Ettela’at newspaper filed part of an opinion piece by Trita Parsi reported by The Japan Times (dated February 4). The following is the translation of what the Iranian daily wrote:

From the moment US President Barack Obama took office, the Iranian government had its doubts about his administration. There were two schools of “doubt.” The first questioned his intentions. They believed his rhetoric and promises were just that — empty words. In deeds, the argument read, he was no different from his war-prone predecessor. The other school doubted Obama’s abilities, not his intentions. Could an inexperienced, outsider president really shift America’s long-standing policy and attitude toward Iran? Was he even the real decision maker?

Parsi goes on to say, “Tehran’s doubts [about who the real decision maker is] were not unfounded. What used to be perhaps an academic question [in Iran], is today a very practical and pertinent one.”

Referring to the question of removal of US sanctions against Iran in the ongoing nuclear talks, he says, “By now, however, there should be less confusion in Tehran. The sanctions relief Obama is promising Iran in the nuclear talks are not his to lift. Obama has waiver rights, but only Congress can lift sanctions. Congressional opposition to a nuclear bargain with Iran has consequentially weakened Obama’s hand in the negotiations, […].

“It’s simple economics: Since the risk of dealing with a president that does not control the sanctions relief process is higher, the price Iran must ask for giving concessions must increase accordingly.”

Parsi then says, “[…] Some extraordinary changes to the political landscape in the US have occurred that should prompt Iran to reevaluate Obama’s abilities [about lifting of sanctions].”

Recalling redoubled efforts in the US Congress to pass fresh sanctions against Iran and the adverse effect of anti-Iran measures on the ongoing nuclear talks, he says, “Rather than seek a compromise with the Senate, he threatened a veto and warned it about the consequences of sabotaging the talks. […] But Obama stood firm. The threat worked. So far only two Democratic senators have co-sponsored the new sanctions bill.”

“Even more shocking, perhaps, was Hillary Clinton’s backing of Obama in this contest. In the midst of preparations for her presumed 2016 presidential run, Clinton came out against both AIPAC [the Zionists’ biggest lobby in the US] and Netanyahu.” and called the sanctions bill “a very serious strategic error.”

Parsi who leads a think tank, which is an ardent supporter of Washington-based Zionists, calls these developments a sign of Obama’s success in shifting Washington’s policy on Iran’s nuclear case and adds, “Any measure that undermines diplomacy, such as new sanctions, automatically enhances the risk of war.

“Passing sanctions on Iran used to be the safest political move in Congress. But today, imposing sanctions means supporting war, which is a move that carries a tremendous political cost. So high that Clinton chose to come out against AIPAC and Netanyahu instead.”

He also says, “This is not to suggest that Obama has taken control over the process of lifting sanctions. That authority remains in the hands of Congress. But what the recent wrangling in Congress shows is that Obama can redefine what is politically feasible and unfeasible.”